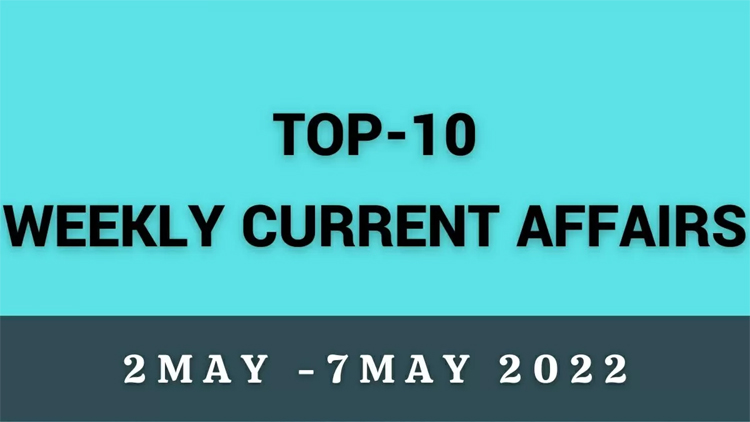 FIFA has launched a new free video streaming service, FIFA+, which will deliver live competition games and Netflix-style documentaries worldwide. The platform will offer a collection of all World Cup and Women's World Cup matches recorded so far.

Nand Moolchandani, of Indian origin, has been appointed as the first Director of Technology of the Central Intelligence Agency (CIA) of the United States of America. He is an alumnus of Bluebells School International, Delhi. He has more than 25 years of experience in Silicon Valley.

Controversy over the Hippocratic Oath line

The first lunar eclipse of the year 2022 will take place between May 15 and 16. The lunar eclipse will begin when the first blooming moon enters Earth's shadow. The celestial phenomenon is expected to be visible in most countries worldwide.

ISRO will launch the first mission to Venus in December 2024

ISRO plans to launch India's first Venus mission, 'Shukrayan-1', in December 2024. If ISRO misses the planned launch date, the next similar window will appear only in 2030. The Shukrayaan mission aims to establish an orbiter to study the surface and atmosphere of Venus.

1.5-year work permit extension announced by the US government

Under the administration of President Joe Biden, the US government has announced an automatic 1.5-year extension to work permit expiration for certain categories of immigrants. According to reports, the decision will benefit the vast majority of India.

In September this year, the 2022 Asian Games, scheduled to take place in Hangzhou, China, were postponed to an unspecified date. The news was shared by Chinese state media. A resurgence of COVID-19 cases in China is expected to be the reason for the postponement.

Indian Olympian Kamalpreet Kaur has been provisionally suspended by the Athletics Integrity Unit (AIU) after she tested positive for a banned drug. She reached the final of the women's discus throw event at the 2020 Tokyo Olympics.