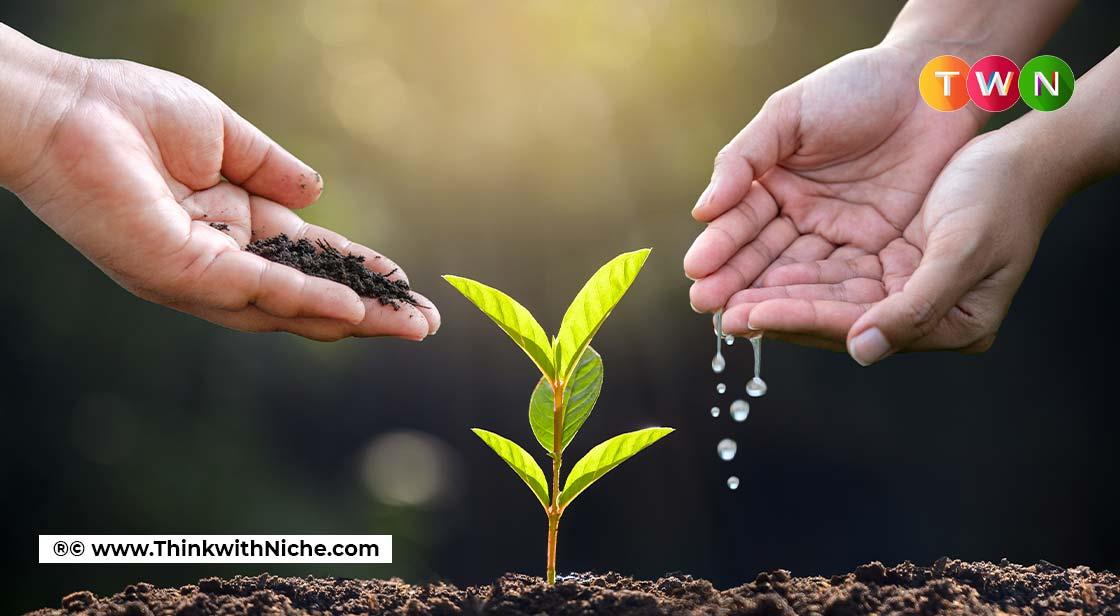 6 Ways to be a Planet Hero on World Earth Day

Earth Day is coming up on April 22nd! It is time to find ways to honour and celebrate our planet, whether it is through organizing an outdoor ramble, picking up litter, or using more environmentally friendly products. Here are six suggestions to get you started!

Celebrate Earth Day for the 52nd time.
ThinkWithNiche believes that nature, plants, and the land are essential to our health, and that each of us bears personal responsibility for this.
Earth Day's 52nd anniversary will be celebrated in 2022 under the theme "Invest in Our Planet."The goal of this year's theme is to encourage governments, corporations, and private institutions to take concrete steps toward more sustainable practices, such as purchasing from ethical businesses and taking a more active role in the well-being of the planet.
The most important thing, in the end, is to get outside and appreciate our amazing planet!

The Origins of Earth Day
Have you ever thought about how Earth Day came to be? On April 22, 1970, San Francisco activist John McConnell and Wisconsin Senator Gaylord Nelson separately invited Americans to participate in a grassroots protest. Dealing with dangerously serious issues such as contaminated drinking water, air pollution, and pesticide effects, an impressive 20 million Americans—10 percent of the population—went outside to protest.
President Richard Nixon was instrumental in establishing the Environmental Protection Agency, which was followed by landmark legislation such as the Clean Air Act, the Clean Water Act, and the Endangered Species Act.
The spring equinox (March 20, 1970) was originally chosen by McConnell, but Nelson chose April 22 as the official celebration date. (Because the date of the spring equinox changes over time, using the astronomical event rather than a calendar date may have complicated matters.)
Today, Earth Day is celebrated not only as a day to raise awareness about environmental issues, but also as a time for many communities to come together to clean up litter, plant trees, or simply reflect on the beauty of nature.

6 Activities and Ideas for Earth Day
Celebrate Earth Day by honoring and appreciating nature. Here are a few ideas to get you started this year.

Take on the role of a Waste Warrior.
The number of garbage trucks filled each year by Americans would stretch all the way to the moon. In a landfill, cardboard toilet paper tubes decompose in two months. A plastic bottle lasts much longer—it can degrade in up to 450 years! Instead of throwing these items away, you could make a fantastic telescope or a flower planter out of them. Before disposing of something, consider whether it can be recycled or repurposed.You can also reduce waste by buying fewer items. For example, before going to the store, go to the library and look for the book you need to read.

Grow a Tree
Researchers estimate that approximately 15 billion trees are cut down worldwide each year; you can help offset this loss by planting your own tree. Trees absorb CO2 and release oxygen into the atmosphere for humans to breathe. They also feed and shelter animals like squirrels and owls. Depending on where trees are planted, their shade can even reduce the need for air conditioning during the hotter months. How many more compelling reasons do you need to go green?
Switch off the lights
Is it really necessary to leave that lamp on when the sun is still shining? Electricity does not appear out of nowhere; it must be generated from the things that surround us. It is frequently derived from fossil fuels (such as coal, oil, or natural gas), which contribute to global warming. However, renewable resources such as wind, water, the sun, and even elephant dung can be used to generate electricity! Regardless of where it is coming from, try conserving energy by only using what you require.