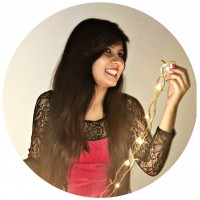 As we know that turmeric contains curcumin ingredient which is highly an inflammatory compound, it can be used to reduce the arthritis pain which causes inflammation in the joints. Studies have also proved that turmeric is more effective than just an inflammatory substance and used to cure many of the symptoms of rheumatoid arthritis.


Basically affected people should consume turmeric on a daily basis in their meals so as to help treat arthritis as it damages the radicals that affect the cells. Also, it isn’t the substitute for any medicine but just a compound that can help you treat your disease along with other medicines just by adding it to your meal daily.


Incorporating turmeric in daily meals helps in the smooth digestion process. Curcumin in turmeric produces bile which is used for effective digestion. It makes the bowel movement inside the stomach much smoother and so it should be consumed daily by the people suffering from the digestive problem. Moreover, it also reduces the effects of gas and bloating.


Consumption of raw turmeric also helps in reducing the stomach ache. It prevents the hosts in the stomach from growing and provides relief to the body from various stomach infections.


This is one of the most widely used benefits of turmeric. It works as an excellent product on the skin to treat it from various skin infections and to get that amazing glow. It is said that “the antioxidants from the compound turmeric can help in increasing the skin health by reducing the hosts or the free radicals.”


Using haldi from treating skin problems is the traditional approach which is being used from the past many years. It can be used to treat pimples and acne, dark-spots, sun-tan, and also to heal wounds and bug bites or honey bee stings. This is one of the best health benefits of turmeric roots.


Our body requires antioxidants to prevent various diseases. Antioxidants do not allow free radicals to react with organic substances such as fatty acids or proteins.


Moreover, curcumin in turmeric has the ability to reduce the effect of free radicals by neutralizing or destroying them. Thus, it blocks them from and protects your body and develops its own antioxidant enzymes.


Turmeric is used as one of the main spices in India in the preparation of various meals. It is used to add that perfect yellow tinge to the dishes that we cook. Moreover, one must make a habit of consuming turmeric daily to get benefitted from it.


So adding it to your meals is the best way in which your body can get a sufficient amount of turmeric. You can use it in your dal’s and curries, salads, eggs, smoothies, yogurts, and many more items.


Adding turmeric to pickles is the best way to ripe it and to get a perfect taste of the pickle. Moreover, drinking a cup of yellow milk (turmeric added) will help you stay healthy. It reduces many of the problems of life inflammation in the stomach or bloating or indigestion.


5. Reduces the risk of heart and brain diseases:


Most of the deaths recorded are due to heart diseases. It is generally caused due to the dis-functioning of the endothelium. Hence, not being able to regulate the blood vessels, blood pressure, blood clotting, and various other factors.


It is proved that the consumption of turmeric helps in the improvement of endothelial function. Curcumin in turmeric is also used to reduce the inflammation and oxidation which leads to various heart diseases. This is also one of the best health benefits of turmeric roots.


Brain diseases have become more common nowadays. People getting affected by depression and Alzheimer’s are a common case now. It is caused by the lack or the decreased amount of the hormone that is stimulated in the brain which is known as brain-derived neurotrophic factor or BDNF.


It is proved that curcumin in turmeric helps in increasing the levels of this hormone, thus reducing the chances of brain diseases. Moreover, it also helps in sharpening the memory.


Turmeric is proved to be effective in treating cancer. Cancer growth happens due to the uncontrollable growth of cancerous cells. Curcumin in turmeric is used to prevent the growth of such cells and also kills them at the molecular level. Consuming a few grams of turmeric on a daily basis helps in preventing cancer in the first place.


Alzheimer’s is one of the common brain diseases. But it does not have any proper treatment. As studied earlier, curcumin is effective in reducing inflammation and oxidation which leads to this disease.


So try to prevent the disease from occurring in the first place by consuming a few grams of turmeric on a daily basis. Also, it is observed beneficial in reducing the symptoms of Alzheimer’s. So this supplement is recommended to be consumed for people having it.