Abhay 2 – Based on Real Crime Stories 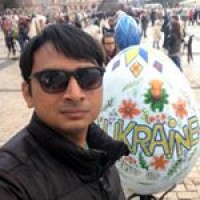 Abhay 2 - After giving you chills in each scene of season 1, the show is back on ZEE5.com with a much more gruesome season with atrocious crime stories to feed its viewers. Abhay 2 is woven with some horrific stories that would be engrained in your mind for a really long time and inflict surreal peaks of horror. The web series takes you on a road to justice and celebrates Kunal Khemu’s brilliant acting as a Special Task Force officer.

What to Expect in Season 2?

With numerous surprises and unexpected entries, the second season is all the more thrilling and exciting. You just cannot stop thinking about the stories portrayed in the episodes. From a prolific theme to mesmerizing acting, everything shows a greater picture of what happens in the world amidst all the daily chores. Each episode shows a different crime story that is apparently inspired from true events.

With literally no background push, Kunal Khemu is one of the finest actors in the industry. Playing the role of a consistent investigator Abhay Pratap Singh, the actor has left the viewers spellbound, thus scaling the story to new highs. Taking the road to do everything right, he stands up against the murderous maniacs and ends up uncovering the heinous nature of their crimes. The series revolves around some psychopath criminals who have their own backstories.

The second season isn’t a clean start for officer Abhay but creates a different aura around the protagonist keeping his troubled past out of sets.

Supporting the shady and dark genre of this thriller series, Ram Kapoor steps in as the main-antagonist. Well, isn’t it a bit unexpected? We all have seen Ram Kapoor as the lovable “hero” of the story and now he is rocking the negative role too. His impeccable acting will make you stick to the screen and appreciate him even more as an antagonist.

What’s The Best Time For Journaling?

STORY OF SINGLE MOM TO BECOME AN ENTREPRENEUR