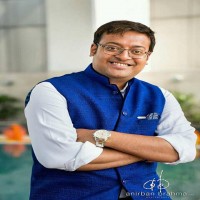 Finally, we have Absolute Barbecues in Kolkata. With a mega buffet on offer, it is something unparalleled. AB’s is the BAAP of all buffets, with over 120+ items in the menu, and has equal weightage to both vegetarians and non-vegetarians. The highlight of the AB’s – Absolute Barbecues Kolkata Menu is the eccentric meat selections (Emu, Rabbit, Quail, Shark, Turkey, Octopus) which is not found anywhere else. Another reason why AB’s is such a massive success, is the reasonable prices. A good buffet in Kolkata would be for around Rs. 900-1000 per person, but AB’s offer prices in the range of Rs. 650-750. The said price includes all the exotic meats and veggies mentioned above, whereas other buffets don’t include them.

Such is the success and fame of AB’s – Absolute Barbecues Restaurant that when I had visited its outlet in Bangalore, they said they have a waiting list for 3 days on the trot.

I was thoroughly excited with the news of AB’s opening its doors in Kolkata and couldn’t resist tasting its massive spread and especially the exotic meats. This was gonna be my first try of Shark, Emu, Rabbit and Quail meats. These exotics were available by way of something called Wish Grill, a unique concept wherein you have to select the meat or veggie of your choice and the same will be grilled with onions, sauces and spices.

12 Funny Assamese Status That Will Make Your Day