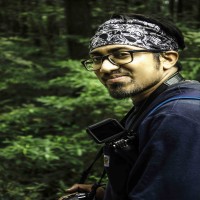 Tanmoy Biswas Backpacking stories of a nomadic soul
Share on

Hi have you ever took an opposite route than people use to travel? Well it was a different scenario and I took a completely opposite route an witnessed so much surprising things on way. Have a read. share me if you have any such experience in the comment section of blog :)

After taking a long gap, I’m finally back to the roads leading to Gorkhey. The last night’s sleep was refreshing , though horrible. I can never forget in my entire life, how I spent a horrible night in Srikhola. Many people believe in the stories they heard about Srikhola trekkers hut, many did not. Whatever is true or false lets not dig into it, but something spooky feeling you might feel, that is for sure. What horror story I heard from the local people about Srikhola, you might like to take a look upon it. However from the morning I was feeling much refreshed and energized. I asked my guide what time to leave. It was just after I had my tea and egg breakfast, he signaled me to pack up and leave. So, I started a climbing up journey towards Rammam.

Usually people dont take this route, since its an opposite way. What they do, they takes a route from Sandakphu to Falut via Molly. Then they climb down to Gorkhey. Gradually they reach to Srikhola via Rammam. But since my team’s departure I was left alone. I better preferred to take an opposite route of elevation so that to meet them at a point, may be at Gorkhey. Since the ist half an hour the elevation. It was paining a lot, since I climbed down from Sandakphu last day. My thighs were swollen red. I was taking in-numerous halts and breathing heavily. Though the serene beauty seen from couples feet of height was lucrative. Probably it was one of the driving forces that was pushing me continuously to any extent.