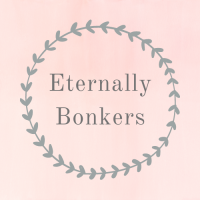 Ever thought how a confession can turn your life around? Especially when you write it in a notebook and hand it over for a stranger to write theirs and pass on? This book is pretty much right when it boasts as the "feel-good book of the year" with flawed but lovable characters. Here is why you should pick this for your next read.

It all starts at Monica’s café. Julian is a 79-year-old (spoiler - he is older) artist who writes his feelings down in a notebook and leaves it for anyone to read. His loneliness initiates this action of sharing feelings with strangers in order to unburden himself from his mundane life. However, what is interesting is that how the notebook helps in snowballing a wave of changes and events in each person’s life (six to be specific in the novel) and touches upon the daily conundrums of human trivialities of being just a human—a single woman longing to be married and have children; a mother whose online and offline life are polar opposites; a recovering alcoholic on the path to making a positive difference; a traveller who moves from one place to another with his go-getter attitude to live in the present and so on. Other than the six characters who get the green notebook, aka The Authenticity Project to write their stories, there are other individuals who play an important part in making the story wholesome—it will definitely keep you up and smiling.

“Then he’d discovered that routines were crucial. They created buoys he could cling to to keep himself afloat.”

To hold all the characters together is the main protagonist - the owner of the cafe, Monica who pretty much reminds me of Monica from Friends. If you have read A Man called Ove and Before the Coffee Gets Cold, they all build on this universal theme of strangers bonding even though their characters are starkly contrasting by belonging to different countries, class, race, age, gender, sexual orientation etc., but share moments that impact their lives tremendously. I enjoyed reading this book a lot. The characters are very relatable, their problems are what you and I would typically face.

“The truth often isn't pretty. It's not aspirational. It doesn't fit neatly into a little square on Instagram.”

#Issue2 – Catching up with…