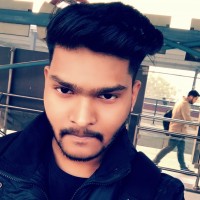 Do you love coffee? Do you know coffee benefits and advantages of drinking coffee? It has so many proven benefits for health it’s hard to list them all. That’s why in this article i will cover the benefits of coffee, risks or side effects, and nutritional and health facts behind it.

According to the National Coffee Association coffee is the second most consumed beverage after water in many nations. And more than 50% of US adults drink coffee every single day.

Coffee contains lots of caffeine, which stimulates the nervous system singling the fat cells to break down that body fat.

Caffeine also increases epinephrine and norepinephrine or adrenaline levels in the blood and activating the fight and flight response that prepares your body for that intense physical activity.

Caffeine can also increase physical performance by 11 to 12 % on average.

It makes fatty acids available for that cell metabolism and energy production making the body ready to boost physical performance overall and this is why it makes sense to have a strong cup of coffee half an hour before going to the gym or exercising.

2.Coffee can help you fight off depression.

Believe it or not coffee can lift someone’s mood up and even prevent suicide.

Depression is a serious mental disorder that causes a significant reduction in our quality of life. Many times people with depression don’t really know they have this condition.

Coffee is known for boosting energy in most people who drink it and apparently also helps to fight off depression that people who have it.

Numerous studies have suggested that coffee can help to prevent mild to moderate depression.

According to the meta-analysis result published in 2016 suggest that there is an 80% reduced risk of developing depression per average cup of caffeinated coffee consumed per day.

Travel Accessories that make your life easier in 2...

Benefits of Manuka Honey for Skin

7 Unexplored Hill Stations in South India you must...

How to Stay Fit and Healthy at Home 2020