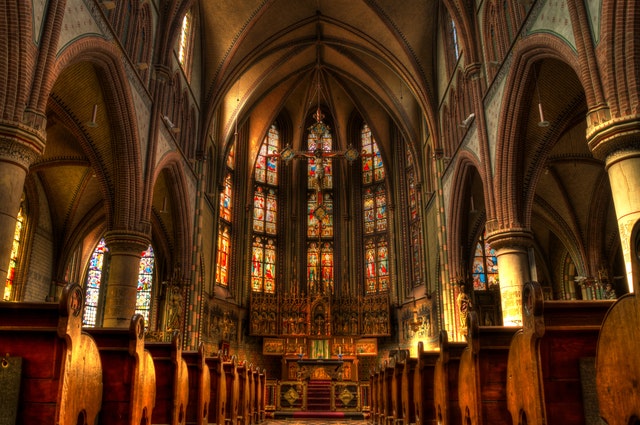 Coolest things to do in Panjim – Goa

Coolest things to do in Panjim


Goa has always been a place of fascination for travel enthusiasts. And whenever we talk about a state or union territory, the capital city ought to get some special attention. Panaji also knowns as Panjim is the state capital of Goa. It is one of the finest cities in southwest India located at the banks of Mandovi river. Goa was under the Portuguese colonial rule for a long period, we can see those cobblestone streets and colored villas that significantly resembles the Portuguese dominance that prevailed here once. Panaji is a beautiful city situated between the Arabian sea and the river, thus it provides the tourist with the view of a confluence between the river and the sea, as well as it also has hills surrounding it. Besides, there are manmade structures, churches and palm-fringed beaches present in the city. So, Panaji is a complete package of what a travel freak expects. Here are the Coolest things to do in Panjim – Goa /most amazing places to visit in Panjim – Goa

But one should not consider Panaji as an old-fashioned city, rather it has been selected as one of the hundred smart cities in India. Panaji is a city planned by the Portuguese while relocating the capital from Velha Goa in the 17th century. Panaji’s main feature includes promenades found all over the city but the main one is seven kilometers long and was all part of the Portuguese planning. The city contains concrete buildings as well as terraced hills. The buildings feature tiled roofs and balconies. There are streets lined with Gulmohar, acacia and other trees and churches scattered all over the city. One can have a long walk on the riverside promenade and get absorbed in its scenic beauty.

The most common tourist destinations of Panaji are the Church Square, where the famous “Our Lady of Immaculate Conception Church” is present. The church is about 411 years old and follows the Portuguese Baroque style of architecture. The Panaji municipal garden, known as Jardim Gracia de Orta, is also situated in the church square. Other tourist attractions of Panaji are Panjim People’s Art Gallery & Café, The Menezes Braganca Institute, Adilsahi Palace (or Idalcao Palace), the Mahalaxmi temple, the Jama Masjid mosque and the chapel of St. Sebastian. Some renowned places in Panaji are the 18th June Road, which is mainly the heart of the town and a shopping center for tourists, the Miramar beach surrounded by palm trees and the Kala Academy, a place to gather knowledge about the culture and heritage of Goa. Coolest things to do in Panjim – Goa /most amazing places to visit in Panjim – Goa


Ali Adil Shah’s palace is the Old secretariat building of Panjim, situated at the banks of river Mandovi. It was once the temporary residence of the first viceroy of Goa. Adil Shah’s palace had also served as the house for the Legislative assembly of Goa, now it is The Goa State Museum. Although the architecture appears to be colonial, it is Panaji’s oldest surviving building. In the year 1510, the Portuguese captured the building and from then it has served as a rest house for the viceroys of Goa for several years. During those years the Portuguese did several renovations and demolitions on the building and finally creating a blend of the architectures of Adil Shah’s period and also the colonial era. The palace along with the river flowing by it makes a pleasant destination for tourists and is situated at the heart of Panaji, it is well accessible. This place has free entry and is open 24 hours everyday.


Our Lady of Immaculate Conception Church


Later in the year 1609, it was converted into a Church. This Church is a symbol of the Portuguese Goa’s religious expansion at that time. It is located on a hilltop in the city of Panaji. The cities municipal garden is located southeast of it and can be seen from atop the hill. The main feature of this church is the zig-zag staircase, made up of laterite stone, that leads up to the church. The church boasts of housing the ancient bell that was removed from the Augustinian ruins of the Church of Our Lady of Grace. But the main attraction is its exterior architecture that mainly follows the Portuguese Baroque style. The bright white statue of the Virgin Mary is present in front of the bell tower at the top. The overall exterior is laid out in orthodox fashion. The interior is not that extravagant but it is very colorful and the altars are decorated elegantly. The main altar is of Mother Mary’s and the other two are Jesus crucifixion and the Our Lady of the Rosary. Besides these the view of Panaji from the staircase and the view of the church during sunset are breath-taking. It is open to the public from 10 AM to 12 noon and then again between 5 pm to 7 pm. Coolest things to do in Panjim – Goa /most amazing places to visit in Panjim – Goa


Fonatinhas is the oldest Latin quarter of Panjim featuring old villas and buildings with projecting balconies, narrow picturesque streets painted in pale yellow and red tiles like an old European town. It is a major tourist attraction because of its resemblance to a Mediterranean city. The buildings are protected so that they retain their Portuguese architecture and paints. The Chapel of St. Sebastian is located at the southern end of the quarter and it is the location for the major street festivals. The chapel has a very large crucifix and an old well. The crucifix has an image of Jesus with eyes open. The chapel also houses an image of the Virgin Mary, two veneered wooden chests, and three intricately-carved altarpieces relocated from a church in Diu. The chapel is well preserved so are the houses with Portuguese architectures in the quarter.


Reis Magos Fort is a historic place that has a museum and a prison inside it. For someone who has an interest in history, this is the place he would be looking for. The main motive of the fort is to prevent enemy ships from entering Goa via the Mandovi river. For tourists, it is a good place to spent some time and to take photographs and to enjoy the view of the sea from the fort. It is open from 9:30 am to 5 pm, seven days a week. Coolest things to do in Panjim – Goa /most amazing places to visit in Panjim – Goa


Salim Ali bird sanctuary is a mangrove habitat that is declared a bird sanctuary. For those who are into wildlife may have a visit to this. This sanctuary hosts quite a few varieties of birds and the most common among them are striated herons and western reef heron.


Despite the above places to visit, Goa is famous for its beaches. The Miramar beach is one of the finest of the several beaches in Goa and it has always served as the trademark of Goa in advertisements, articles, and films. The other two famous beaches are Bambolim and Dona Paula.