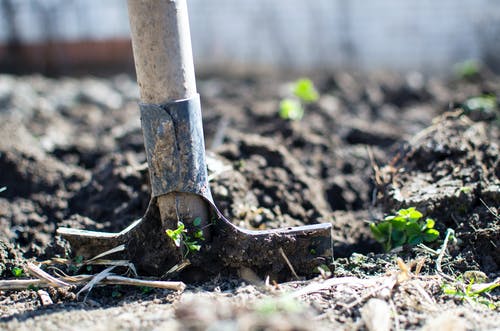 Cooperative Farming and its Features


Cooperative farming is a practice in which different farmers in a village pool their lands. They agree to treat the pooled land as a large farm for cultivation purposes. Also to buy the necessary supplies for cultivation, and jointly market the crops, they are assumed to be an agricultural cooperative farming company. Such a society elects its officers on the basis of a member with one vote for its proper functioning.


Officials are in charge of the proper management of the new farm. This cooperative farm is created after the merger of the lands of different farmers. Ownership of the land remains with the respective members of the society and they can withdraw from the society as per their will.


In addition to land, farmers provide various means of production and their labor for cultivation. While they receive a pension for their land and productive assets, they receive a salary for their work.


Recognition of the right to ownership of the property:


In villages, especially in poor and underdeveloped countries, the land is the main symbol of social status. So the farmers get ready to jointly cultivate the land with others and benefit from such joint cultivation, provided that land ownership and ownership are preserved. So their resulting social status stays intact. As already mentioned, a member can resign from this society and resume cultivating her land whenever she wishes.


A member can leave the society at any time if she wishes. The absence of any element of coercion is likely to leave only members of society who believe in cooperative principles and are loyal to society.


Unlike the management of a capitalist company or a state or collective farmer, the leaders of a cooperative are democratically elected with one vote. The cooperative principle grants one vote to each individual member, regardless of the area of ​​ownership or the number of production assets contributed by him.


Such a process appears to lead to social equality and is likely to promote the voluntary participation of all members in the affairs of society, regardless of their economic status. Another characteristic of the democratic leadership of the association is that if the member is generally dissatisfied with the performance of a public official, he can reject it.


Distribution of rewards according to contribution:


In order to win over both large and small farmers and at the same time do justice to all members, the association pays different members on the basis of contribution in the form of land and labor for the work of the society.


There are basically two types of payments to the members of the association; one as a reward for the work that has contributed to the cultivation and other activities of the society, and the other as profit for the land collected for common cultivation. It is not necessary for the member who joined his land for cultivation to also work on the land.


Although the agricultural cooperative is basically organized to carry out various activities on and in relation to communal land, it also performs various other tasks in order to promote the common good of its members. It takes care of the upbringing of the children of its members.


Health and entertainment facilities in general are, of course, fringe benefits and their provision will depend on the resources of each individual society. The provision of these services encourages members of society to be more loyal to it and thus contributes to its greater stability.


If members agree to a cooperative grouping of their areas for joint management, this will of course lead to business expansion. This will still belong to different people even though it is recorded in official records.


There are many benefits to increasing or sustaining size. Various soil improvements, such as leveling drainage fences and raising embankments, digging wells, etc., can be profitably made when the farm size is increased. The average cost of improvement per acre, or per rupee of production, decreases as the land is merged into a larger operation.


Roads and farm buildings occupy a relatively smaller portion of the land as the farm grows, reducing the cost per hectare for such development activities. Highly developed and expensive machines can be purchased for the larger additional unit, not only because such a company can afford to buy such machines financially, but also because it can fully use them.


Other large-scale savings can also be achieved on such a farm. For example, agriculture begins to enjoy financial savings. Running larger farms not only means higher overall savings, but it also makes it easier for cooperatives to get outside financial support.


Likewise, the bulk purchase of physical supplies generates savings due to preferential prices. Marketing a larger crop increases the bargaining power of the seller and saves him (in this case, society) from undue exploitation by unscrupulous market officials.


Use of non-traditional inputs:


The use of non-traditional inputs such as seeds, fertilizers, and insecticides in agriculture is essential if it is to become modern agriculture. However, many of these inputs are quite expensive and require an expense to be used.


An agricultural cooperative can buy these inputs. Not only will your savings increase due to the mass production savings that you will enjoy, but you will also be able to easily borrow external money at bargain prices.


A cooperative’s production is likely to increase even if the same technology used by its members is used in production. This is because more land is being released due to the disappearance of the old borders and embankments owned by all members of society. However, as mentioned above, the technology used is likely to improve as a larger farm emerges as a result of the formation of an agricultural cooperative.


We have already described some important characteristics of a cooperative agricultural society. All of these characteristics promote social equality and social justice. The leadership is democratically elected on the basis of one member one vote.


Voluntary membership in the society and the freedom to withdraw from it removes the compulsion to participate that is resented by each individual. The combination of rewards with contributions in the form of land and labor removes the element of exploitation and injustice from the functioning of society. All the characteristics of the agricultural cooperative thus contribute to a balanced and fluid relationship between its members.


The members of an agricultural cooperative benefit not only in monetary terms from their membership but also enjoy other advantages. The society offers its members various services, such as educational facilities, medical care, and entertainment. The association can provide these services to members with additional income. By providing these services, the association ensures the loyalty of its members to itself.


The government needs the help of farmers on many occasions to implement its various policies. The cooperative can be a very good tool not only to disseminate information about this policy but also to implement this policy at the farmer level.


For example, the services of a cooperative can be used to distribute various improved supplies to farmers. It is easier to deal with society than with individual farmers.


Indeed, one of the political objections to the cooperative is that ultimately the state can fully control and intervene in the decision-making processes of farmers in relation to production by taking over the cooperative itself. From his point of view, cooperative farming is the first step towards the formation of a collective farmer, a state enterprise.


It should be noted that it is quite possible that the total number of workers employed by individual farms combined will decrease after the owners of these farms have organized into a cooperative. Many reasons are given for this statement. It is pointed out, for example, that the use of machines is possible on large farms. This displaces some workers.


Let’s see the following points for it:


It is also pointed out that the members and workers of these families become day laborers in the cooperative farm. The manager of the cooperative, who treats them as such, will only hire them if their marginal productivity corresponds to current wages.


This, of course, means less employment of workers compared to the situation where each worker in the family is treated as an unpaid worker (as in the case of a family business) and employed to the point where their marginal productivity is zero.


However, there are economists who do not accept this argument. They believe that the use of machines, even if they are used for the operation, is first and foremost completely voluntary. Members know their own interests. And if they feel that no workers should be displaced, they can choose not to use the machines.


As it is said that the concept of cooperative agriculture is not static. Once an agricultural cooperative has been created, it can undertake many activities other than actual farming and create new employment opportunities. Wells can be dug. Various other development activities on a farm, such as fencing in the farmhouse, or drainage, etc., may also require a bit more work to complete.


The use of non-traditional inputs may require more labor. Various outside activities, such as processing agricultural products, for example, peeling rice, making guru, etc., can also create more jobs. From their point of view, there is no possibility of net displacement of workers after the establishment of a cooperative.


Love for their land:


The farmer’s love for their land is responsible for the unstable existence of the cooperative. For the individual farmer, the land is not only a livelihood but also a status symbol. Therefore, the farmer is not willing to give up his property and oppose it.


Land consolidation means at least giving ownership of one, if not the owner, to someone if there are problems working in cooperative farming. As such, he will gladly withdraw from society at the first glimpse of the unsatisfactory functioning of society.


There is no doubt that ownership in a cooperative still rests with the members, and the incentive to work is still weakened, not only because they work of other members can benefit other members, but also because part of the operating income between members partners is uninterrupted due to ownership. In this part, he only wins as a worker, and his behavior as a worker is obviously not different from other workers.