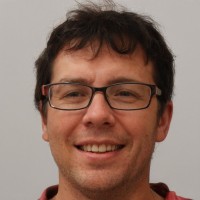 Crypto in Greece and regulations problems

Cryptocurrency has become more popular in Greece in recent years, owing to high taxes and the pandemic. While the ordinary Greek may be unfamiliar with the term "bitcoin," interest in its mining has grown tremendously.

In Greece, an estimated double-digit percentage of the population uses various platforms to trade cryptocurrencies. For Greeks, mining, on the other hand, is a significantly more expensive and energy-intensive enterprise.

According to civil engineer and entrepreneur Georgios Nolis, "the expense of cryptocurrency mining equipment and the escalating costs of electricity in Greece make crypto mining a costly chore for Greek individuals." Big company, on the other hand, would be considerably more likely to undertake it.

Cryptocurrency is a decentralized type of digital money that is outside the grasp of banks and national governments. It's saved in a digital catalog, and keeping it up to date necessitates a lot of electricity.

To sustain bitcoin's cryptocurrency mining mechanism, for example, the nation of Finland's annual electricity consumption would be required. As a result, even an upper-middle-class EU resident cannot afford to mine cryptocurrencies – and this is especially true in Greece.

The CEO of Greeklish, a website about greek news and cultural divulgation in Athens, states, "There is no methodology to assess the number of persons or firms mining bitcoin in Greece."

Cryptocurrency mining, he claims, is just as anonymous as the coins themselves. "I am personally aware of a small number of amateur miners in Greece. They're investing between one and ten mining rigs, or mining equipment," he says.

Even fewer Greeks own bitcoin "mining farms," and they are all located outside the nation, owing to high electricity expenses. To preserve and grow their investment, professional miners frequently hire a team of professionals. They run massive computers 24 hours a day, seven days a week.

Despite this, Bitcoin.com stated in May that "women's interest in bitcoin in Greece has increased 163.67 percent." According to this report, this was the highest percentage in Europe. In Greece, the number of Bitcoin ATMs has expanded to at least five around the country by 2020.

With the average cost of Ethereum at €2,000, a miner can produce 65 percent of a cryptocurrency token in 30 days. After power bills in Greece, this is worth €1,600, allowing for a net monthly profit of €600.

Miners are frequently compensated with a so-called "Proof of Work," which is confirmed by a blockchain cryptocurrency network like Ethereum's transaction verification. In other words, they are paid in cryptocurrency in exchange for their computing power.

Their fee is deposited into a digital wallet, from which each miner can develop his cryptocurrency holdings in Greece. They must register with a digital exchange bureau and swap their coins for dollars, euros, or any other traditional currency if they wish to collect real money.

Gains from cryptocurrency can only be taxed if they enter the banking system. When they are converted into Euros and deposited in a bank account, the Greek government taxes them at the standard rate of 22%.

The only method for businesses with bitcoin accounts to avoid paying taxes is to exchange them for products that accept cryptocurrency payments. If cryptocurrency mining and use continue to grow at the rate they have in the last two years, a source of unregulated, non-taxed transactions could become the norm.