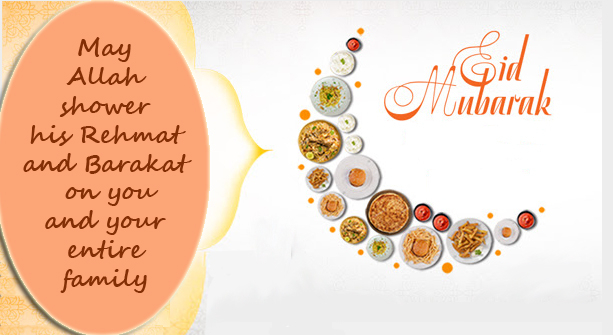 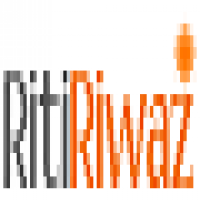 Eid ul-Fitr or Id-Ul-Fitr (Arabic: عيد الفطر ‘Īdu l-Fiṭr), often abbreviated to Eid, is a Muslim holiday that marks the end of Ramadan, the Islamic holy month of fasting. Eid is an Arabic word meaning “festivity“, while Fiṭr means “to break the fast” (and can also mean “nature”, from the word “fitrah“) and so symbolizes the breaking of the fasting period.

Eid ul-Fitr starts the day after Ramadan ends, and is verified by the sighting of the new moon. Muslims give money to the poor and wear their best clothes. Eid ul-Fitr lasts three days and is called “The Smaller Eid” (Arabic: العيد الصغير al-‘īdu ṣ-ṣaghīr) compared with the Eid ul-Adha that lasts four days and is called “The Greater Eid” (Arabic: العيد الكبير al-‘īdu l-kabīr).


On the day of the celebration, a typical Muslim family awakes very early, does the first everyday prayer, and is required to eat a little, symbolizing the end of Ramadan. They then attend special congregational prayers held in mosques, large open areas, stadiums, and arenas. The prayer is generally short and is followed by a sermon (khuṭba). Worshippers greet and embrace each other with hugs in a spirit of peace and love after the congregational prayer. After the special prayers, festivities and merriment are commonly observed with visits to the homes of relatives and friends to thank God for all blessings.

Eid ul-Fitr is a joyous occasion with important religious significance, celebrating the achievement of enhanced piety. It is a day of forgiveness, moral victory, peace of congregation, fellowship, brotherhood, and unity. Muslims celebrate not only the end of fasting but also thank God for the self-control and strength that Muslims believe God gave them. It is a time of giving and sharing, and many Muslims dress in holiday attire.

Ramadan (Arabic: رمضان, Ramaḍān) is a Muslim religious observance that takes place during the ninth month of the Islamic calendar, believed to be the month in which the Qur’an was revealed to Angel Gabriel, who later revealed it to the Prophet Muhammad. It is the Islamic month of fasting (sawm), in which participating Muslims do not eat or drink anything from dawn until sunset.