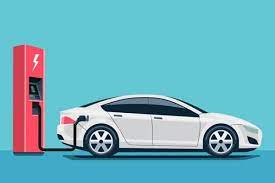 And we have an electric vehicle glossary that lists the terms that are commonly used with electric cars. Here in this post we present some of the best quotes about electric cars.

“Within a decade, the internal combustion engine automobile is likely to look exactly like what it is – a machine that converts gasoline into much more heat than forward motion, a bizarre antiquity.” ― Stephen Petranek

“I had never been able to get a car that said how much I cared about the environment until I drove electric.” ― Alexandra Paul

“You should not show somebody something very cool and then not do it. At Tesla, any prototype that is shown to customers, the production must be better.”― Elon Musk

“Obviously the horse can still do things that the gas car can never do,

and the gas car will always be able to do things the electric car can’t do. But they have really different uses and advantages.”― Chris Paine

“I think there are more politicians in favor of electric cars than against. There are still some that are against, and I think the reasoning for that varies depending on the person, but in some cases, they just don’t believe in climate change – they think oil will last forever.” ― Elon Musk

“I probably wouldn’t be a good spokesman for an electric car, because I’ll still get on a private jet, and one flight on a private jet undoes all my electric-car good deeds.”― George Clooney

“We have to use cars much more efficiently. We have to look at alternative technologies of cars such as biofuels or, even more importantly, electric cars.” – Fatih Birol

“It is definitely true that the fundamental enabling technology for electric cars is lithium-ion as a cell chemistry technology. In the absence of that, I don’t think it’s possible to make an electric car that is competitive with a gasoline car.” – Elon Musk

“Eric Schmidt looks innocent enough, with his watercolor blue eyes and his tiny office full of toys and his Google campus stocked with volleyball courts and unlocked bikes and wheat-grass shots and cereal dispensers and Haribo Gummi Bears and heated toilet seats and herb gardens and parking lots with cords hanging to plug in electric cars.” – Maureen Dowd

“Electric cars are coal-powered cars. Their carbon emissions can be worse than gasoline-powered cars.”― Vinod Khosla

“You have to match the convenience of the gasoline car in order for people to buy an electric car.” ― Elon Musk

“Tesla is here to stay and keep fighting for the electric car revolution.” ― Elon Musk

“Every day I get to ‘Think’ and work on everything from digitizing electric grids so they can accommodate renewable energy and enable mass adoption of electric cars, helping major cities reduce congestion and pollution, to developing new micro-finance programs that help tiny businesses get started in markets such as Brazil, India, Africa.” – Ginni Rometty

“How we fund transportation in this country is broken. You all pay a gasoline tax, right? Well, cars go farther, we get electric cars, and so on. And then we do more with the money than just build roads. We do bike lanes and mass transit.” – Kevin McCarthy

“We have a tremendous investment in facilities for (internal combustion engines, transmissions, and axles) and I can’t see throwing them away just because the electric car doesn’t emit fumes.”― Henry Ford II

“We have to use cars much more efficiently. We have to look at alternative technologies of cars such as biofuels or, even more importantly, electric cars.”― Faith Birol

“We have teams of people working on electric cars. So you never know – you may find Virgin competing with the Tesla in the car business as we do in the space business.” – Richard Branson

“The rap against Tesla has always been of the ‘yes, but’ variety. Yes, it’s a fine artisanal designer and manufacturer of electric cars, and its CEO is one of the few business leaders alive for whom the label ‘visionary’ isn’t hyperbolic.” – Adam Lashinsky

“We still haven’t seen any cars take advantage of the electric powertrain in terms of how you proportion an electric vehicle versus traditional vehicles. Yes there’s electric cars, but they haven’t really done it in a beautiful way.” – Henrik Fisker

“Electric cars aren’t pollution-free; they have to get their energy from somewhere.” ― Alexandra Paul

“As of 2016, the number of American car companies that haven’t gone bankrupt is a grand total of two: Ford and Tesla.” ― Elon Musk

“The time is right for electric cars – in fact, the time is critical” ― Carlos Ghosn

“The only way to make money as a car company, Kirchert said, is to sell a large number of cars.” ― Daniel Kirchert

“You have to have a better car. It’s not just the ideological decision of buying an EV. It’s about buying a better car.” ― Daniel Kirchert

“In order to have clean air in cities, you have to go electric.” ― Elon Musk