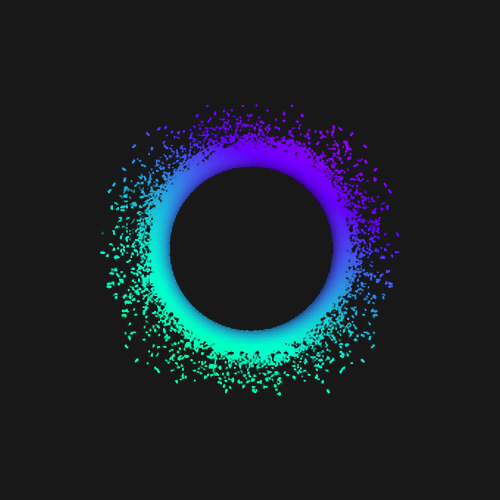 Holochain was designed to create a distributed Internet that was built with user autonomy in mind. By changing the way we distribute, store, and process data, Holochain is rethinking how this affects our communications. The aim of holochain is to create a “more human internet” in which interactions and relationships are not dictated or overlooked by centralized entities and information is not immorally traded.

By minimizing corporate control, Holochain creates an Internet that serves people, not businesses. This technology lets people take control of their own data and identity online while transacting and connecting to applications that are tailored to their needs without relying on centralized entities. Additionally, Holochain makes it easy, fast, and inexpensive to create distributed Holochain applications (hApps).

How does Holochain work?

The major difference between blockchain technology and Holochain is the use of a distributed hash table (DHT). And it is the approach in which a transaction is verified and confirmed. With blockchain, all nodes on the network must reach consensus using a ProofofWork (PoW) consensus algorithm. However, some variations of the ProofofStake (PoS) algorithms only require majority approval from the network to verify a transaction.

However, for a distributed hash table (DHT), the hash chain approach is “agent-centric”. This means that individual nodes can verify and confirm transactions on their own. This is then sent to the rest of the network for transparency, with neighboring nodes double-checking the verification.

Holo entered the market with an ICO that took place between March 29 and April 28, 2018. It raised more than $ 20 million. The program was a relative success, compounded by increased market volatility. The token was valued at $ 0.0001 during the ICO. On May 6 of the following week, interest rates rose to $ 0.002 and a third of a billion dollars was added to the total capitalization. Then, however, the pace slowed dramatically and Holo hovered a bit around $ 0.00030.0006 through January 2019.

Holochain has experienced many ups and downs. There are many moments when Holochain continued to amaze us. Development was also slower than expected. This coin was expected to remain stable throughout the year, but unfortunately, it isn’t the case!

Some sites predict that 2021 is expected to end with a good night. The price is expected to be $ 0.0278 in December 2021. Wallet Investor has also shown some hope regarding the coin. Consequently, the coin is expected to trade for $ 0.025 by the end of this year. Holochain’s DigitalCoinPrice prediction is also very logical. According to the forum, Holo (HOT) prices will go up to $ 0.0248 by the end of the year.

Holochain traded at $ 0.0006 in early January 2021, with a slight increase in volume. The price began to rise in an uptrend. Prices could increase in the coming months as Holochain uses its special ecosystem technologies. According to the Forecast report from TradingBeasts, the price could be between $ 0.025 and $ 0.035 by the end of November. According to Wallet Investor, Holochain could hit $ 0.0392 by the end of 2022.

By now, in our opinion, development hurdles should be cleared. As more and more developers embrace the Holochain vision, it will continue to grow. TradingBeasts, one of the best coin predictors out there, has suggested that the price of a holochain (HOT) could range from $ 0.050 to $ 0.070. But the wallet investor approaches the coin differently. According to his forecast, prices will hold a grudge between $ 0.10 and $ 0.15.

DigitalCoinPrice has a perfect approach for this coin. This prediction platform assumes that the Holochain coin will remain stable at its current level for a long time. HOT has the potential to enter the market soon. The coin is forecast to be worth $ 0.20 by 2025. As we approach the $ 0.50 mark, it’s hard to say that it could be 5 years from 2025, or it could be possible if Holochain joins the bull market.

In direct contrast to DigitalCoinPrice, Wallet Investor approaches coins differently. Based on their predictions, Holochain is expected to trade between $ 0.25 and $ 0.30 in 2025.