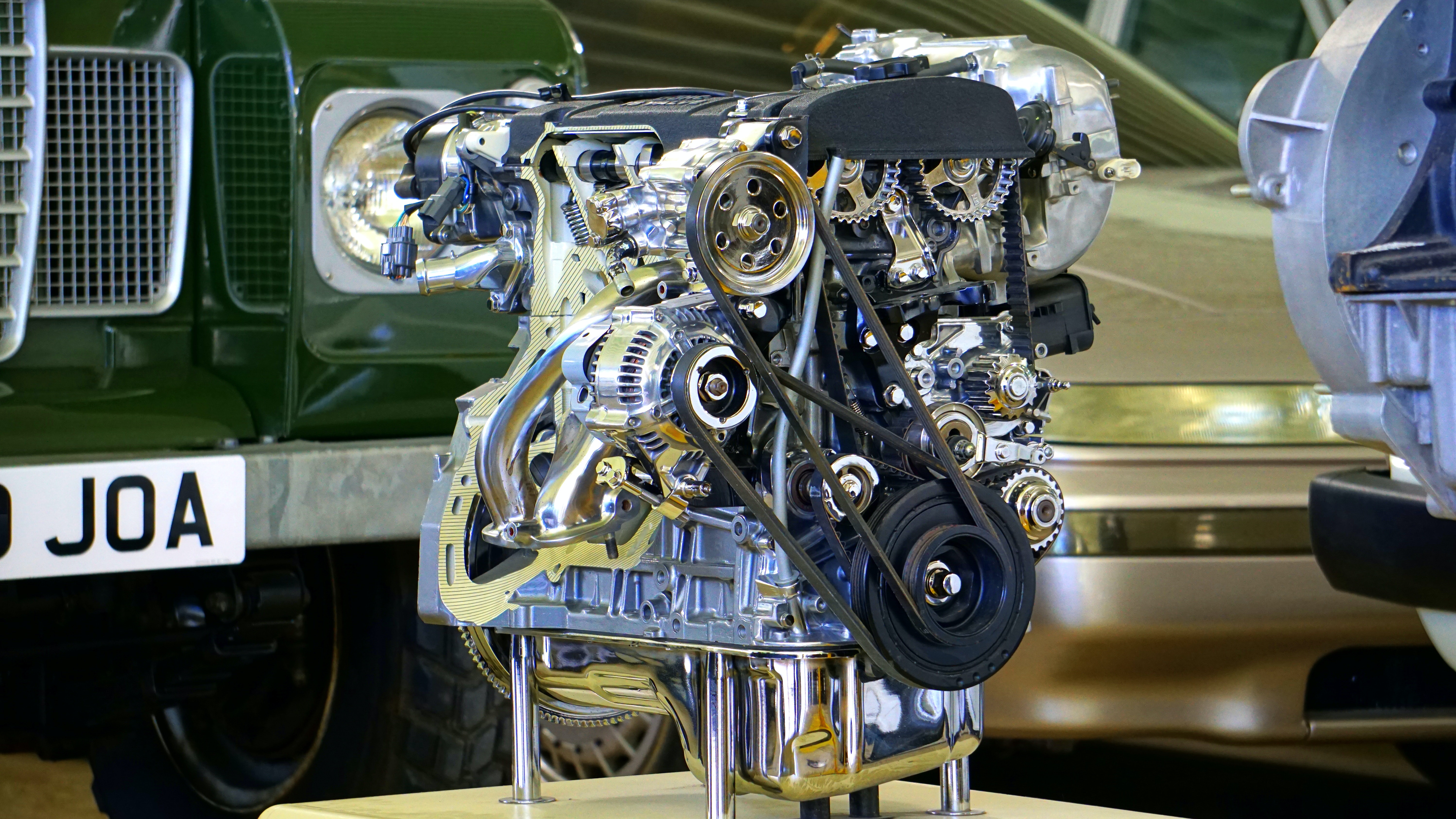 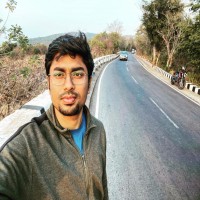 These kinds of enterprises make it possible for automobile manufacturers to concentrate on their primary areas of expertise while still producing the high-quality components in which they excel. Due to the industry's substantial development opportunities, the Auto Ancillary Industry is considered one of the sunrise sectors in the Indian markets. Today, we look at the leading companies in India's auto ancillary industry and examine the industry as a whole. Let's get started.

Ancillary industries for automobiles in India


India's Auto Ancillary industry is mainly focused on the local market and does not play a significant part in the global marketplace. However, this tiptoes the scale in its favour when it comes to growth. The automotive industry and its ancillary industries are intertwined.


Fortunately, India's automobile sector is the fourth-largest globally, making it the fifth-largest car producer and the seventh-largest commercial vehicle manufacturer in 2021, respectively.


More than 5 million people are employed by Auto Component Manufacturers, which make up 7.1 per cent of India's GDP, and they employ both directly and indirectly.


India's automotive sector aims to become a top-three producer of automobiles and auto components. The goal is to create 65 million new employment and increase the project's worth to over 12% of India's GDP. A $200 billion sales target is set for the Indian auto components sector by 2026.


In The Area Of Tyres


Regarding overall sales and MCAP, MRF Limited is India's largest tyre company. Balloon manufacturing was the company's first line of business in Madras, India. In 1952, the firm decided to begin producing rubber.


A quarter of the market share, as well as a global presence in 65 countries, has been achieved by MRF in recent years. Tires manufactured by MRF are used in a wide range of applications, from passenger vehicles to agricultural equipment to three-wheeled vehicles. Aside from such items, the firm also makes rubber conveyor belts and toys.


Off-Highway tires are the specialty of Balkrishna Industries Limited (BKT), a significant producer. Mining, earthmoving, agricultural, construction, and other industrial tyre sectors are included in this category.


Since its inception in 1987, the firm has become one of India's leading tyre manufacturers. The Off-Highway tire business has grown to include BKT, which now has a 6% worldwide share. In North America and Europe, Balkrishna Industries primarily serves the replacement market. Balkrishna Industries obtained the name rights to Serie BKT, the second tier of Italian football, and currently, the league is known as Serie BKT.


Apollo Tyres was created in Gurgaon, India, in 1972 and is still based there. They are a tyre provider and have operations in more than 100 countries worldwide. Apollo and Vredestein are the two brands that the corporation uses to sell its goods.


Apollo Tyres is the clear winner if just tyres that arrive on new cars are considered. The firm now manufactures radials for automobiles, motorcycles and other commercial vehicles.


Regarding tyres, CEAT is at the top of the heap in India and the rest of the world. When the company was started in 1958, it was based in New York City. CEAT, on the other hand, was not founded in India. CEAT was an acronym for 'Cavi Elettrici e Affini Torino' when it was created in Italy in 1924. The RPG Group purchased the firm in 1982.


There are a wide variety of vehicles on the road today that utilise the tires made by this company. Every year, CEAT manufactures 165 million tyres, making it one of the largest tyre producers in the world.


The Goodyear Tire & Rubber Company has been in the tyre business for over a century. It was founded in 1898 and is still one of the most well-known names in the industry today. After decades in the Indian market, Goodyear has gained a thorough grasp of what Indian consumers want and provides appropriately.


Value-oriented radials, high-performance radials, and robust, off-road-ready tyres are among its offers in the Indian market. In addition, Goodyear is well-known for supplying Formula One cars with radials and providing aircraft services.


Exide, an Indian battery producer, is among the world's largest. Associated Battery Makers (Eastern) Ltd. was the name given to the firm, which is as ancient as independent India itself. Once again, in 1995, the firm was renamed Exide Industries from Chloride Electric Storage Co (India) Ltd.


Today, a significant share of India's battery exports is supplied by Exide. Automotive and industrial lead-acid batteries from 2.5Ah to 20,500Ah are available from the firm.


Amara Raja Batteries is based in India, a significant producer of lead-acid batteries for industrial and automotive use. In India, Amaron is the second most popular brand of automobile batteries. Inverters, home backup power systems, and inverter batteries are all available from Powerzone.


Batteries manufactured by the firm are sold throughout India, Africa, Asia, and the Middle East.


The aviation sector is a significant customer of HBL Power Systems LTD, specialising in speciality batteries. An aeroplane battery was the first product the firm produced when it was established in 1997. The corporation has also made custom-designed high-quality, low-cost batteries throughout time to fulfil the demands of numerous primary sectors.


The company's batteries are sold to various heavy industries in addition to airlines, such as railroads, the military, and others.


Other Businesses in the Auto Ancillary Sector


A German multinational corporation in engineering and technology, Bosch was established in 1886. Founded in 1922, the corporation made its first foray into the automobile industry in 1951 when it purchased a 49% interest in Motor Industries Company Ltd. (MICO). As of 2008, MICO was known as Bosch Ltd.


The company's automotive division generates 84% of its Indian revenue, despite its involvement in various other fields, including mobility solutions, industrial technology, consumer goods, and energy and building technology. Bosch has more than $3 billion turnover, 18 production facilities, and seven research and application centres now in operation.


Samvardhana Motherson Group and Sumitomo Wiring Systems of Japan formed MSSL in 1986, a joint venture that resulted in MSSL. MSSL is a well-known name in the automotive component industry.


A prominent provider of automotive plastic components and modules to the automotive industry. They specialise in vehicle wire harnesses, dashboards, door trims, bumpers, and mirrors for passenger automobiles. Perform Group, situated in Germany, was recently bought by the corporation for an amount equal to 80 percent of its equity.


Endurance Technologies Limited was formally established on the 27th of December, 1999. The firm is a leader in the automobile component manufacturing industry in the country of India. A wide variety of components are produced and sold by the firm.


For motorcycles, the company's products range from the front forks to the hydraulic and gas-charged dampers, struts, clutch and friction plates to the hydraulic disc and rotary brake disc, drum and tandem master cylinders. It also produces aluminium Die–Casting Products and aluminium alloy wheels for two-wheelers. The corporation has 27 factories in India, Germany, and Italy.


As a primary provider of automotive components and associated services, WABCO India Limited is a market leader. Commercial vehicles are a target market for the company's safety and vehicle control products.


Sundaram Fasteners, a subsidiary of the TVS Group, was founded in 1966. It has been more than a century since they began producing crucial, high-precision components for the automobile, infrastructure, windmill and aviation industries.


Between 2022 and 2026, the car ancillary market is predicted to increase at a double-digit CAGR. Auto auxiliary business investments may seem favourable, but it's crucial to remember that any rumours concerning automotive sales are also felt across this industry. Festival season, credit crisis, bank interest rates, gasoline prices, and other factors have a role in these costs and their effects.


The drive for electric cars is another significant element that is predicted to substantially influence the business in the future years. Because of this, it would be ideal for innovators interested in long-term investments to go with a firm that is up-to-date on the ever-changing demands of the electric industry. Become a member of most exclusive stock market club- Insider's Club