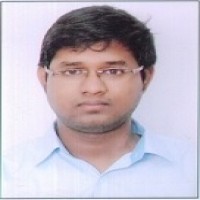 RRB NTPC 2019 notification was released in February 2019. Now almost after one and a half year, the most anticipated exam is going to be scheduled from 15th December. The RRB NTPC examination will be consisting General awareness section which gives a special focus on current affairs. RRB NTPC current affairs include railways as one of the concentrated topics. The candidates, who are preparing for RRB NTPC examination should stay updated with the recent development in the Indian railways.

The Solar Power plant project will be established under the Corporate Social Responsibility (CSR) Scheme. It will be built by India’s largest power generation equipment manufacturer- Bharat Heavy Electricals Limited (BHEL). The solar project is aimed to produce 1.7 MWp solar energy at Madhya Pradesh’s Bina district that will connect directly to the Overhead Traction System of the Indian Railways. The solar power project pact was signed between the Indian Railways and BHEL in October 2019. The Solar Power project is expected to save Rs 1.37 crore for the Indian Railways in a year along with approximately 25 lakh units of energy production each year.

What is Kisan Rail?

The bridge is aimed to boost Act East Policy of India. The “Look East Policy” was launched by the former PM Mr Narasimha Rao in 1991. This was later upgraded to Act East Policy in 2014 at the East Asia Summit held in Myanmar.

What is Real Mango software?

Real Mango software is an illegal software designed only for booking Tatkal tickets over the IRCTC website. This illegal software makes the Indian Rail ticket booking very fast. The software accepts payments only through Bitcoin.