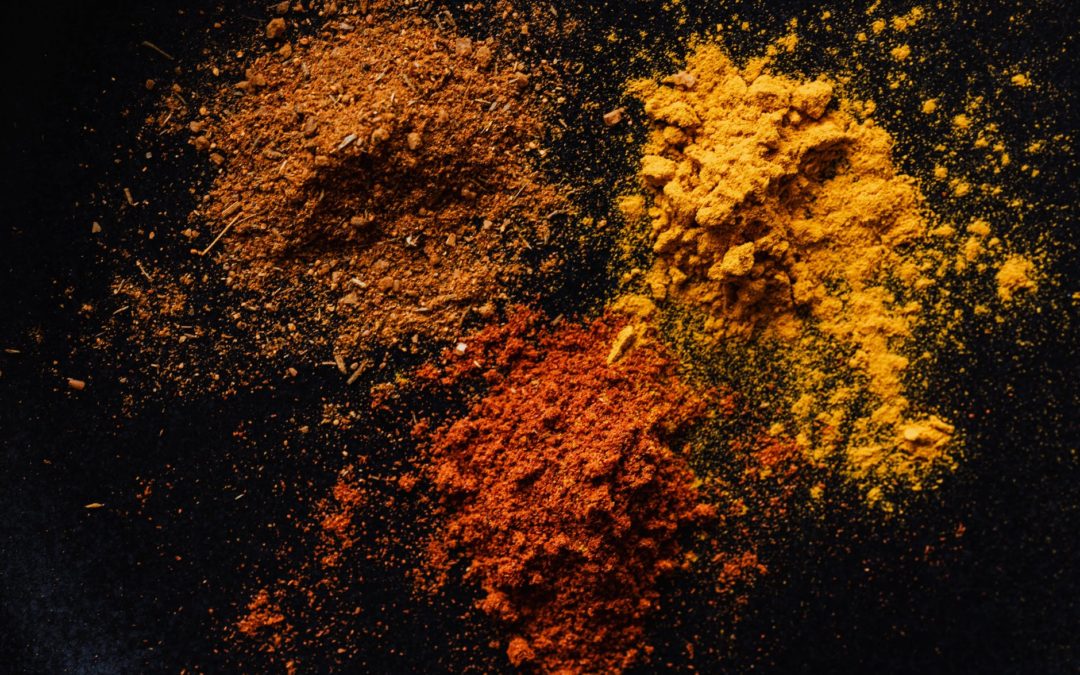 
Black turmeric (kali haldi) is also known as Curcuma caesia. It is actually a perennial herb with a bluish-black rhizome that grows to a height of 3-5 feet. The plant was originally grown in North-East and Central India. In West Bengal, this plant is used in Kali pooja and that’s how the name Kali haldi was originated for this plant. Due to biopiracy, this species has been declared endangered by the Central forest department of India. This plant is a member of the ginger family also known as Zingiberaceae which contains around 70 species of rhizomatous herbs making it a perennial rhizome. This plant has a deep violet patch on the leaf which runs throughout the lamina.

The rhizome of black turmeric has a bitter, sharp, and hot taste. But the rhizome has a pleasant odor. Kali haldi is very famous for its anti-bacterial and anti-fungal properties. And it is also a laxative. It is also used as a tonic for the brain and heart.


Black turmeric is a very rare herb. It is actually the underground part of the stem, or rhizome, of the Curcuma caesia plant. The root of this plant is used for medicinal and religious purposes for centuries now but is now sometimes grown as an ornamental.


Kali haldi consists of the highest concentration of curcumin among any other plant species. It is a powerful antioxidant and anti-inflammatory. The root of this plant is used for centuries to treat arthritis, asthma, and epilepsy. The root of black turmeric is crushed and can be applied to bruises and sprains to ease the discomfort or can even be applied to the forehead to relieve symptoms of migraines.

The rhizome of the plant of kali haldi is very aromatic and contains all the essential oil that is used for a variety of purposes. The characteristic pungent smell of the rhizome is due to the presence of essential oil which is rich in camphor and starch.


Constituents and features of Kali haldi


Difficulty to grow: Easy to grow


Kali haldi is beneficial for many illnesses like asthma, bronchitis, pneumonia, etc. Curcumin in kali haldi is the miracle worker in this to treat those diseases. The reason behind this is that compounds found in turmeric do not interfere with the lung treatment of conventional drugs as well as our immune system’s good cells.


This is an immune system issue in which the insusceptible arrangement of the body assaults the healthy cells and begins affecting the body. This condition is determined by the white patches on the skin that is created because of the melanocytes inside the skin.


People suffering from this skin disease can apply dark haldi on their patches to see the improvement. Readymade cream is also available in the market.


Also, black turmeric roots can be squashed and applied to wounds to ease the pain and also to the forehead to help relieve any indication of headaches.


Kali haldi is very helpful in the breakdown of dietary fat in the body. If you want to have ideal body weight, add a little bit of turmeric to your daily diet and that could be a great starter for you.


As mentioned above, kali haldi has anti-inflammatory contents. So it can help overcome skin itch.


This is the common quality between black and the other two types of turmeric. This is because of the curcumin present in turmeric which is very effective in neutralizing free radicals. So that is why, if black turmeric is taken in moderation, it can neutralize the free radicals in our body which our body cannot. Also, kali haldi helps in negating the effects of aging and cancer cells.


Just like any other member of the ginger family, black turmeric rhizomes act as a nutritional supplement and a powerful medicinal herb to your diet. It helps to increase stamina and vitality if it is consumed in small quantities. If kali haldi is consumed more than 500 mg per day it could be hazardous to the human body.


Rhizomes of this herb are used by many tribal groups across India to treat pneumonia, cough, and cold in children, and for fever and asthma in adults.


In northeast India, the powder of these rhizomes is used as a face pack during important events like engagement and marriage.


The paste of fresh rhizomes is applied on the forehead for relief from migraines and on the body to heal bruises and sprains.


Kali haldi can help in some diseases like leukoderma, epilepsy, cancer, and HIV/AIDS.


Intake of a small amount of black turmeric can help to expel gases from the stomach and also in the irregular menstrual cycle.


Black turmeric powder can be used as toothpaste and also it is present in many types of toothpaste in small amounts.


It is very good for our skin. So can be used as a face pack for glowing skin.


Black turmeric can also be used to treat respiratory diseases like Cold and Cough in children.


There are innumerable uses of Kali haldi aka Black turmeric. Not many people know about it and that is why it is not available everywhere but can be found online.