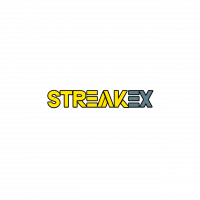 Fortnite has become one of the most popular games in the world, serving as a near-perfect example of how to properly execute an ongoing "games as a service"-style game. While Epic Games' addition of a no-building option to Fortnite's battle royale mode is the most recent example of a formula change, Fortnite Creative Mode may be the reason the game has the legs to last forever. The community has created numerous inspiring structures, and one of the most interesting forms of inventions are the escape rooms.

101 IQ Escape is the first escape room map on the list. This one's design is straightforward, with players completing puzzles to progress through one room at a time. There are secret rooms, deadly traps, and platforming to enjoy in this one. There's no need to be afraid of trying and dying, because speedy respawns allow players to jump right back into the action.

Farm Escape, with its farm theme, adds a pleasant variation to the standard escape room fun. While many escape rooms might be claustrophobic, Farm Escape is more welcoming and energetic. But that isn't the only thing this escape room has going for it; the puzzle solving required to get through the rooms is truly unique among Fortnite maps.

A licenced piece of content might provide an excellent setting for an escape room. Stranger Things is no stranger to video game crossovers, as it is even officially featured in Fortnite via skin DLC and other features. The Stranger Things escape room is more than just a collection of puzzles with a Stranger Things theme. Instead, it is a fantastic recreation of the universe within Fortnite Creative Mode, and the trailer alone demonstrates the spooky tone.

Coulrophobia is not for the faint of heart, especially if you dislike clowns. Some clowns are nice, but one escape room is quite terrifying. Coulrophobia is possibly the most refined level on our list. The puzzle ideas are great, the rooms are beautiful and scary, and the unnerving tone can be felt throughout—especially thanks to the first-person approach.

Agency Escape Room is a bit of a mind-bending ride, with optical illusions and mysteries hidden throughout the map. The alien office-themed areas necessitate some platforming on occasion. However, because progression is related to finding hidden buttons or collecting enough goods, Agency Escape Room seems similar to a real-life escape room in several ways.