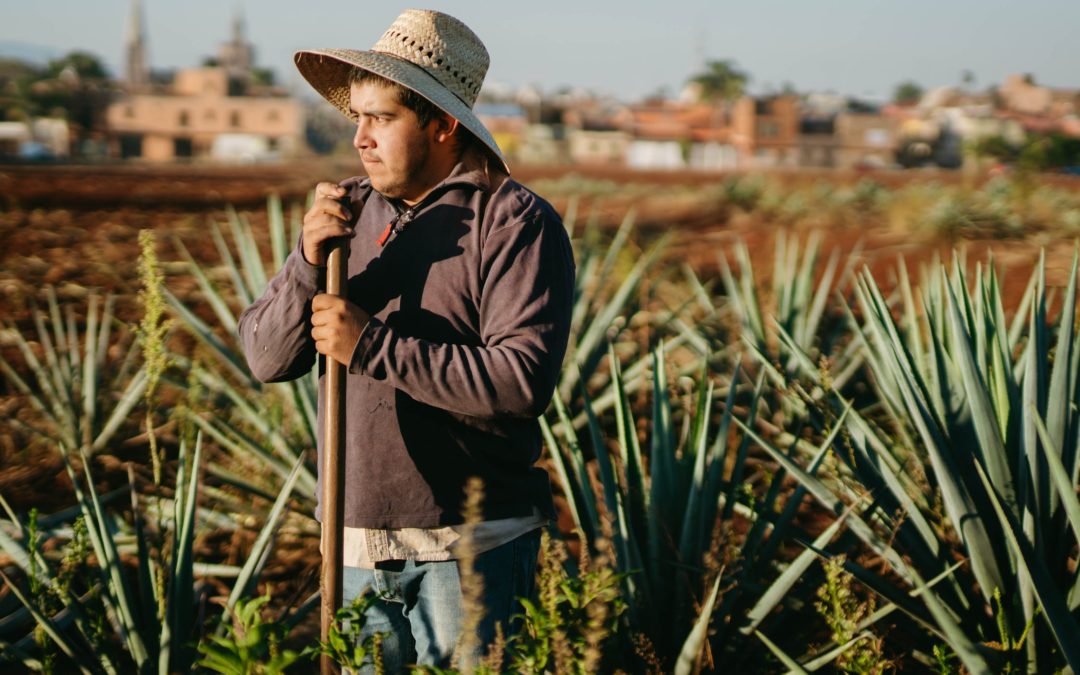 Monoculture Farming | What Are The Pros And Cons?

Monoculture is a relatively new technique, but it has made its way into the US agricultural system. It is the basis of most of our agriculture today. In fact, it is nothing more than the practice of intensively growing a single crop within a given area. This is completely at variance with the traditional cultivation method which allowed growing multiple crops.

Today, you can find many examples of monocultures. Corn and soy products are very common and most farms will “specialize” in one type of crop. For example, a corn farmer in Iowa will only grow corn, while a farmer in Georgia can only grow soybeans.

The problem with monoculture farming is that it removes the biological controls provided by mixed crops and also causes soil degradation. On a traditional farm, different types of plants require different levels of nutrients and many also replace depleted nutrients.

Within a monoculture system, depleted nutrients must be replaced by the use of fertilizers. Since plants are more susceptible to pests in this type of agriculture, significant amounts of pesticides must also be applied.

Monoculture agriculture also damages biodiversity. For example, growing biologically identical plants can cause problems when environmental conditions change in a certain area. Since plants are not allowed to adapt naturally to these changes, this can lead to widespread poor harvests.

Advantages and Disadvantages of Monoculture farming

Monocultures are very simple farming and farming systems. It is mainly about tillage, irrigation, and the use of chemicals when necessary; it’s all about the preferences of a particular plant species. As such, the fields are highly specialized in maximizing the yield of a particular crop.

The treatment of pests and diseases is also done without considering the effects of the treatment on other plants, as they do not exist. Even during harvest, monocultures provide uniformity, as it is easy to collect the desired plant parts using simple techniques that would otherwise be destructive if the crop shared the same field with others.

In monoculture farming, every plant undergoes the same standardized process of planting, caring for, and harvesting. Hence, it leads to higher yields and lowers costs. Animals or farm animals go through the same process of birth, development, and maturation. The process also results in lower costs to the farmer, as well as excellent yields when the animals are fully grown.

Plants use special synthetic fertilizers, which reduces the need for additional land for food production. At the same time, the animals would need the same fertilization mechanisms.

If a particular crop is grown at the same time, it means that only one harvesting method is required. It is more efficient and profitable for the farmer. Plants that are best suited to a field can be grown in the face of adverse weather conditions such as drought, wind, and short growing seasons, which favors harvesting and therefore has less impact on yield. This type of farming method is common for growing wheat, vegetables, barley, or unique fruits in wide fields.

Soil naturally contains nutrients and other functions. Monoculture eliminates all these functions since only one type of crop or animal breed is grown or raised. As a result, due to the lack of plant diversity, there is no spectrum of soil insect and microorganism species that promote soil insect and microbe biodiversity.

It also means that there are no varieties in plants that naturally supply the soil with nutrients that can improve the nutritional content of the soil. It also kills microorganisms and bacteria in the soil and undermines its integrity.

Once nutrients are removed from the soil, farmers need to introduce artificial products that can replicate the lost functions and nutrients, such as the introduction of large amounts of herbicides, fertilizers, bactericides, and insecticides.

These synthetic chemicals are used to prevent further damage to your plants from harmful insects, bacteria, and weeds. Unfortunately, chemicals leave traces on plants for human consumption, which means they enter the food chain and can have serious health consequences due to bioaccumulation.

Even when the plant is harvested, the chemicals remain in the soil. Because they are inorganic, microorganisms in the soil cannot transform them into organic material. They seep through the ground and eventually contaminate groundwater supplies and disrupt ecosystems that may be far from where they are used. In the long term, chemicals can kill, damage, or weaken the diversity and vitality of neighboring ecosystems.

The excessive use of such inorganic chemicals forces organisms to evolve and develop resistance to artificial insecticides and herbicides. As more and more inorganic compounds enter the soil, natural ecosystems continue to be adversely affected.

The use of chemical fertilizers in monoculture agriculture also destroys the health of the soil. When harvesting, there is no natural protection of the soil against erosion by wind or rain. The topsoil is also not filled, mainly due to erosion.

All of this together leads to further degradation of the soil and makes it unusable for agriculture. It could also lead some people to clear forests to buy new agricultural land and start the harmful cycle anew.

As we know, monoculture cause the top layer of the soil to be harvested at the same time, the topsoil loses elements that could help retain its moisture. Therefore, modern monoculture agricultural practices require large amounts of water to irrigate plants.

Water is pumped from rivers, lakes, and water reservoirs at high speed, depleting water resources. It also means that water resources are in turn affected by inorganic chemicals that farmers pump into crops and into the soil.

Selling plants, sorting, packing, and transporting them consume a lot of energy from fossil fuels. The energy used, chemical fertilizers, and pesticides, as well as other industrialized methods to produce such food, contribute significantly to environmental pollution and climate change. It continues to endanger the environment for future generations.