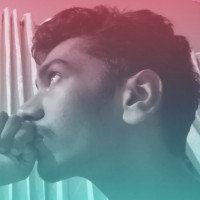 Since the first of its films, Ghibli has had a special place in the hearts of those who have seen their movies (or so I have heard from a random YouTube video). I heard so many things about Ghibli films (that it is good and awesome and blah blah blah) that I decided to give one a go, and booooy was it awesome. I picked up My Neighbour Totoro (or Tonari no Totoro in Japanese) to watch - mainly because my lazy ass didn't want to spend over 2 hours on a film (yea I don't like films, what'll you do, sue me?), so the film, being only 1.5 hours long (It was the shortest film I could find ok?) prompted me into adding it into my watchlist.

Even though I added the film into my watchlist, just like always, it existed there until a few days ago (I added it in 2019 lol) when I was bored and it was raining and I was like hell yea lets do it!

So I started the film, with not even having the slightest idea of what I should/shouldn't expect. Even though it is to be noted that the film doesn't have HD graphics or awesome animation like the ones you see nowadays (the film was released in 1988), it is quite gleeful to watch. The vibrant colors, a little bit of magic, and the exquisite story really kinda drew me (wow I'm becoming a poet) further into the plot.

Now let's get to the plot (don't worry I won't I've spoilers cuz I've been there). The film revolves around two kids who settled into a haunted house with their father but in reality, the house wasn't scary or haunted it was just folklore and the younger kid got lost and this guy named Totoro helped them find her. The end. Y'all happy? This is the worst explanation of the plot. Now let's go back once more, and look at the plot again (this time with spoilers so SPOILER ALERT!!! SKIP TO ...). Just kidding, I'll just give a brief description of the incidents that happened and leave the rest to you guys. The film hinges on Satsuki and Mei, two sisters who move to a new village which was close to the hospital in which their mother was admitted. Their father, Tatsuo is a university professor and has a much more carefree personality but is burdened with responsibility. The former personality of his is seen to be passed on to his daughters, who both have the right amount of innocence (something that captured my attention).

How To Get Rid Of Acne Naturally