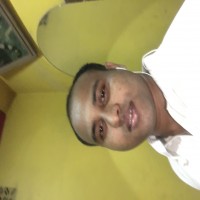 Lady Superstar Nayantara of southern Indian cinema. The actress has been in love with producer Bignesh Shivan for a long time.

It is heard that Nayantara and Bignesh have arranged the marriage. But they will not get married in India. The couple will attend a wedding ceremony outside the country. Although the date and place of their marriage is not yet known. However, Bignesh Shiban will make an official announcement soon.

Nayantara and Bignesh Shiban got involved in love on the shooting set of the movie 'Nanum Rowdy Dhan' in 2015. This couple has been making love since then. Often they are seen together. Even before, many rumors have been heard about their love and marriage.

Bignesh recently posted a picture on photo and video sharing site Instagram. It can be seen that Nayantara has placed his head and hands on the chest of this director. But for another reason the film has come under discussion. The ring has been seen in the anamika of Nayantara. From then on, the rumors of their engagement and marriage started anew.

Nayantara and Bignesh Shiban are currently busy with film work. Nayantara's next movie is 'Anatte'. He will also be seen in the remake of the Malayalam language movie 'Lucifer'. On the other hand, Bignesh Shiban is busy directing the movie 'Katubakula Rendu Kadal'.