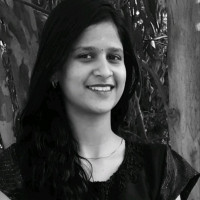 Node JS vs React JS : Which One To Choose For Your Next Project For Best Result?

With so many JavaScript frameworks to select from, JavaScript is one of the most widely used languages.


Although Node.js and React.js are two of the most widely used solutions, developers occasionally disagree as to which one is superior.


The primary distinction is that React.js is used to create user interfaces, whereas Node.js is a back-end framework. Both frameworks are widely used and have benefits and drawbacks.


In this post, we evaluate Node.js vs React.js in terms of performance, learning curve, community, and support for microservices.

Node.js hosting is best for your Node.js based websites and applications, Try Now!

Although both Node.js and React.js are JavaScript technologies, they serve quite distinct purposes.


The primary distinction between Node.js and React.js is that React is used to create user interfaces, whereas Node.js is a back-end framework. However, each has positives and negatives, as well as specific applications.


Continue reading to learn which one to utilize for your upcoming JavaScript project. Below, we compare the main advantages and disadvantages of Node.js with React.js.


You will have a clearer idea of what technology best meets your project’s demands after reading this article.


An open-source JavaScript library is React.js. You may create user interfaces for websites and apps in an orderly manner with this front-end framework.


React is praised for being quite effective.


The Javascript library that Facebook created in 2013 is this. This library was created to enhance and improve the UI for web apps, however over time it has undergone significant changes.


It is open-source and supports a number of built-in modules and functionalities, including the routing module and many form modules.


Web applications with only one page are also created using ReactJS.


React JS was developed by Jordan Walke, a Facebook employee


Popularity among the developer community – 135,401 stars on Github


Specifications and features of React JS


App development: You may create a rich UI for native applications supported by iOS and Android by following similar plan patterns. By doing so your work speed will boost in many folds. As a result, you will get better apps with lesser efforts.


Smooth support: This module reuses framework components and fixes any problems with React refreshes. The smooth support will help to reduce your effort and stress and increase productivity.


Execution: React makes use of the Virtual DOM (document object model), which boosts the speed of applications. The higher the speed of your applications, the faster you get your products. Faster productivity helps to boost your result.


Greater Effectiveness: All app functionality may be kept in React’s own virtual DOM. Every modification made to the DOM is instantly updated. The higher the impacts, the better the outcome.


Friendly to web optimization: You can create simple web apps with React JS. The virtual DOM will be given if React is executed server-side. Optimizing the web can boost up your web performance and other actions.


Construction based on components: Segments are simple to create based on your needs. You may build your components and include them into your main content using this tool. React.js updates quickly, delivers successfully, and has slick interface designs.


A challenge to learn: The framework is highly complicated, and integrating it into a user interface calls for in-depth understanding.


Inadequate documentation: Updates to React technologies happen often, and they advance quickly. Some people argue that the documentation is difficult to utilize as a result.


View section: Only the UI layers of the app are covered by the React.js framework. Therefore, in order to have a full set of tools, developers still need to employ certain other technologies.


Facebook is a website that mainly depends on user interaction with its components. As a result, React.js is used to create practically all of the dynamic components of a Facebook online app.


Instagram is another platform that effectively uses React. The app uses React for geolocation, Google Maps APIs, and other features.


React.js is the technology behind Netflix’s Gibbon platform. The DOM used by web browsers is replaced by low-performance TV devices on this platform.


The Netflix team is able to increase runtime efficiency, speed, and modularity with the use of the React.js toolkit.


According to the Upwork, the hourly rates would vary following way:


We can run JavaScript programs or network programs using Node. JavaScript is used to carve its fundamental components.


It is typically used for real-time server applications. JavaScript may run locally on a computer or a server with the help of Node.js.

Numerous systems are available to use with Node.js. Express.js is one of these frameworks. Compared to the many Node.js structures, it has higher value and is more often used.


The javascript code for this server-side language is executed outside of the browser using a javascript runtime environment.


It is open source and supports a large number of modules using NPM, or Node Package Manager. Because Node.js is single-threaded and employs promises, it is significantly quicker and more reliable.


To run JavaScript code outside of a browser, you need a runtime environment. It is open source and supports a large number of modules using NPM, or Node Package Manager. Because Node.js is single-threaded and employs promises, it is significantly quicker and more reliable.


The Node JS was developed by- Ryan Dahl


Popularity among the developer community- 63,976 stars on Github


Related: Node.js Vs Spring Boot- Which Should You Choose?


Specifications and features of Node JS


Buffer free- Applications deliver the measurements in huge chunks with zero buffering. Developers now get the benefit of “No buffering.” Due to buffer free network,


Flexible and versatile- Node is highly versatile since the server responds non-blocking.


Occasion-driven Input and output: – Node.js APIs are non-blocking, meaning that the server won’t wait for information to arrive from an API. Instead, it will switch to a different API.


Network: The open-source community is supported by Node.js. This is the major justification for why Node.js applications have accumulated so many wonderful modules over time.


Pros and Cons of Node JS


Simple to learn: Developers can use and learn Node pretty easily. Node.js is simpler to learn than React.


Improved Efficiency: Through Google’s V8 JavaScript engine, Node.js uses JavaScript code. The key benefit of this technique is that the JavaScript code is directly translated into machine code.


Scalability: Applications may be scaled both horizontally and vertically with ease using Node.js. Even with the addition of more hubs to the present architecture, the applications can scale.


Freedom: There is a lot of flexibility available when developing with Node.js. Node typically has less restrictions.


Tool extension support: The greater community support for developers is another benefit of Node.js.


Extensible: It’s well known that Node.js is quite extensible. JSON may be used to specify the extent of information exchange between a client and a web server.


Unreliable programming interface: Working with Node’s Application Programming Interface (API) can be difficult. It is unstable and undergoes frequent modification.


Lack of robust library support: JavaScript doesn’t have a robust library infrastructure. This makes it difficult for developers to use Node.js to accomplish even basic programming tasks.


Programming paradigm is not synchronous: In comparison to linear blocking I/O programming, many developers perceive this programming approach to be more difficult. Developers must rely on nested calls since asynchronous programming makes codes more complicated.


Currently, Node.js is utilized by several businesses and has a number of well-known customers, including Netflix, Trello, and Uber. We will explain why they have chosen Node.js in the paragraphs below.


A/B testing is done by Netflix, the industry leader in online video streaming, to give its 93 million viewers a rich experience. The platform has issues with scalability and conditional dependencies for apps.


The organization has picked Node.js as a solution to these problems because of its lightweight design and quick performance. By doing this, Netflix was able to reduce startup time by 70%.


The server-side of the project management tool Trello is built using Node.js. Node is useful for system upgrades since they require a lot of open connections, according to the Trello team.


Node.js has been cited by Uber as one of the most important technological advancements.


The structure allows them to expand in response to the increasing demand for their services.


Based on the Upwork info, the Node.js hourly rate may vary:


Can Node.js and React be used together in one project?


Yes, it is the solution. React and Node.js may be used to create a robust online solution. The server-side platform Nodejs is ideal for running your React app’s UI.


We won’t dig into the nitty-gritty and supply several code lines here. However, we have a succinct and understandable explanation for why Node.js and React.js blend so well:


Universal JS app: Node.js and React are both JavaScript solutions, making it easier for programmers to construct universal JS apps; code compilation is improved since Node bundles the React app into a single file, which is simpler.


Server-side rendering: React contains components made specifically to operate with Node.js, resulting in less lines of code and faster rendering;


High processing speed: Node.js can manage large queries. We can exhibit excellent speed and reduce the response time of the app by combining Node.js and React.


These frameworks make up the MERN stack, which also consists of:


Express.js, or Express – a modular web framework used together with Node.js;


What is superior and which one to choose?


Both Node.js and React.js are cutting-edge technologies that are used by several prosperous companies.


But which option should you make for your suggested app? We’ll give you a hint.


When creating a server-side web application, such as an online streaming platform, Node.js is the ideal framework.


When you want to develop a project with developing states like dynamic inputs, buttons, etc., React.js is the ideal choice.


Netflix is the finest illustration of this kind of framework fusion. Both frameworks are supported by a sizable and engaged community.


Your demands and requirements will determine whatever option you choose.