PUBG ban in India: How to deal with mental health. 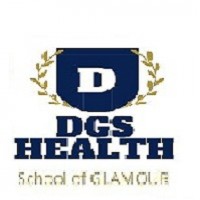 PuBG brand in India one of the largest countries on this globe and if we talk about the population it is the second-largest after China. India is a big market in the world so all foreign country tries to convert India as there market so many app digital products are arriving India to sell and make a profit BUBG is one of them that has a big market in India.

Most teenagers and adults like to play PUBG Games on their mobile and make them happy and also help them to spend their spare time.

But later we find that India and China lost their love and a controversial situation arrived at Gal wan valley and this is the place that leads many disturbances among Indian and Chinese businesses.

In the midst of Coronavirus and Border issues, Country leaders open their eyes and find that these apps are against the rule of security. Otherwise, everything was ok.

Do agree that is called patriotism I am unable to identify however it is patriotism. If any country is attacking your motherland you have to Wright to fight back and do whatever is possible for the sake of our motherland. But here in our country, everything has politics and if they did not fit with the ruling party they would do anything they like. read more

14 Food Outlets In Delhi NCR Everyone Need To Visi...