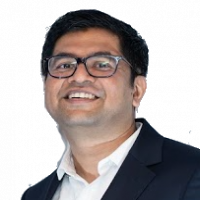 The Income Tax Department has alleged “concealment” of Rs 880 crore income after it surveyed a a leading manpower service providing company in Bengaluru.

The company, Quess Corp Limited, has refuted the charge, saying it was extending full cooperation to the department and that it has not received any claims to date.

The survey operation was launched on July 8 at two premises of the company in the capital city of Karnataka.

“The assessee has been claiming huge deduction under section 80JJAA of the Income-tax Act, 1961 which incentivises new employment generation, subject to fulfilment of certain conditions such as emoluments paid to the employee which should be less than Rs 25,000 per month and number of days of employment etc,” the CBDT had said in a statement issued here on Tuesday.

“Overall, the survey has resulted in detection of concealment of income to the tune of Rs 880 crore spread over various assessment years,” it claimed.

The Central Board of Direct Taxes (CBDT) frames policy for the tax department.

When sought a response, a company spokesperson provided to PTI its statement filed before the stock exchange on Wednesday in connection with the survey conducted against it and its subsidiary, Terrier Security Services.

“The queries raised to date by the Income Tax department are interpretational in nature.While we await further communication, will continue to cooperate with them even as we stand committed to vigorously defending our interpretation using all recourse available to us,” the company said.

Quess Corp said it is at the forefront of employment generation in the formalised sector, with over 3,63,000 employees on its rolls.

“As a responsible entity, we observe all auditing and accounting requirements and continue to be a 100 per cent compliant tax payer.”

“The company paid a total of Rs 2,900 crore in tax and statutory contributions to the government in financial year 2021, which represents 12 times the company’s normalized profit for the year, or 26 per cent of its revenue,” it said.

The statement said the company maintains a scrupulous record of its financial dealings, and contributes towards nation-building as a responsible business.

“Our claims under section 80JJAA are entirely in line with the letter, spirit and intent of the law, and aligned with prevailing industry practices. We further refute any allegations of ‘concealment’ of income,” the company said.

The CBDT said the survey operation found that “even though the emoluments of new employees added were more than Rs 25,000 per month, the assessee has been wrongfully claiming deduction under section 80JJAA by excluding certain components of emoluments of such employees to fit into the eligible emoluments limit

4 Steps You Need to Take Now for Personal Finance

My Dreams My Investments