Self Awareness is the Biggest Secret of the Universe 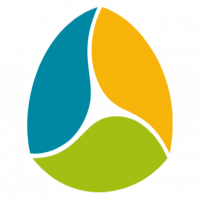 Self Awareness is the Biggest Secret of the Universe

Let’s talk about the foundation of the materialistic world, Self Awareness. Self Awareness is probably the highest level of existence in this world. Since time immemorial, human beings have been traversing, scouting, and prospecting ways to push forward humanity, both in the materialistic and the spiritualistic world. Things that were not even imaginable a hundred years ago have been made an everyday reality by humans’ determination, knowledge, and action. Self Awareness is the substrate of those qualities.

Let me start by telling you a small story first.

One sunny day, there was a fish swimming peacefully in an ocean. She took a small detour and after swimming continuously for the next 20min she found herself in a well.

There she met a frog, and they started conversing. The fish told the frog to accompany her so that she can show her the ocean. The frog demanded how big was this “ocean”, to which the fish replied, “it’s enormous.” The frog stretched its arms and questioned,” is it this big?”, to which the fish laughed him off and said, “it’s much bigger than that.”

Life's A Dance You Learn as you Go

Get Rid of Negative Thoughts

The positive side of a Breakup