STORY OF SINGLE MOM TO BECOME AN ENTREPRENEUR 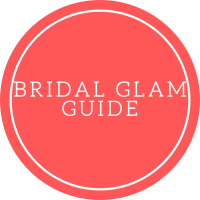 God has given path for everyone. But decision made by us are responsible for our future. It also about the success story of a single mother who became an Entrepreneur taking right decision when it was required.

It’s story of women, named Maitri. Maitri was youngest child in her family after three sisters and a brother. Her father was a brave soldier and left the world during the Kargil war. Maitri was only 6 year old child at the time when his father died.

Maitri was too fatty and after death of her father her mother was worried about her marriage. After completing her High-school, her mother started searching groom for Maitri. Maitri became married when she was 18 years. Her husband was working as a sales man in an automobile company.

Maitri was taking care for her family very well and her in-laws were very happy with her but due to old age they left the world after 2 years of her marriage.

Maitri and her husband decided to expand their family and after a year they were blessed with twins.

Maitri became busy in taking care of her family and bringing up her children. One day Maithri got a phone call from police station that an accident occurred near highway and her husband lost his life.

Maitri was shocked but she was also mother of two children who were only 6 years and they started crying after seeing their mother quite.

Maitri somehow managed to informed other family members. The crowed started coming to her home, giving suggestions to her. All the rituals completed and now time came when the problem started. Maitri’s mother decided to stay with her for few months to support her.

After a month, Maitri received amount around Rs. 3 to 4 lacks. She was happy as she has to pay fees of her children, bring rashan including grains, pulses etc, payment of rent, cable etc. Suddenly her mother touched her shoulder and told her that you (Maitri) has to think about future of her family.

The Jewelry Trend of 2020 : Fabric Jewellery