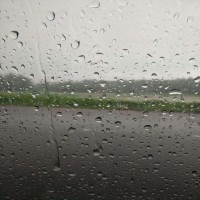 ‘Inis An Amplora-the island they all speak about as the dead place, the haunted isle, as though it exists only as history’The Bride, Jules has only one sincere wish, that her wedding be everything that she had dreamed about.The Bridesmaid, Olivia, Julia’s half sister wishes to be anywhere but there in the island where her sister is getting married.The plus one, Hannah, wishes to recapture the joys of being free and reclaim the lost moments with her husbandThe best man, Johnno, only wishes never to lose the valued friendship with Will, the groom.The wedding planner, Aoife, wishes to host the most talked about event of the year and become the Destination for every marrying couple.Many wishes, many dreams, many perspectives, many lies, many secrets, many losses, many jealousies, everything simmering underneath the veneer of sophistication on a secluded and haunted island produces a cracker of a thriller. I admire Lucy Foley in bringing forth a multitude of characters together at such a remote location and writing a story which until the 80% mark, doesn’t even give the reader the satisfaction of knowing if at all a death has occurred.And that is exactly the brilliance of the plot conceived by the author that the reader has no option but be glued to its pages.The unveiling of the mystery with its bullying and persecution, social media trolling, self-harming, drinking and abuse of drugs, each and every character with a history that reveals itself in bits and pieces was simply astonishing.Without much ado, just GO FOR IT!

How to Create a YouTube Music Playlist (Desktop an...

HOW TO WRITE YOUR FIRST BLOG POST-7 BEST IDEAS FOR...