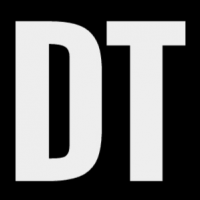 Huawei is this Goliath Chinese company. It ranks second, right after Samsung, as a smartphone manufacturer. As big a company as it is, it is heavily rumored to be associated with the Chinese government, and the U.S have never been able to trust Huawei for not spying on them.
Huawei also has a number of cases and allegations against it by big companies like Apple and Motorola. These largely include allegations for stealing.
Here we get an idea that Huawei is not a very honest company in itself. It is even rumored that Huawei praises employees who could steal information from other companies somehow. That's some great heights it has went on to eliminate competition.
So, we kinda get an idea that, somehow, what the U.S government did to Huawei could be very much justifiable.

Reasons Why Every Company Has Removed The Headphon...

The Future Of Transportation

Some iOS 13 Features That Android Should Have

The 3 Mobile Apps For Health That You Need

Fold: The New Generation of Smartphones