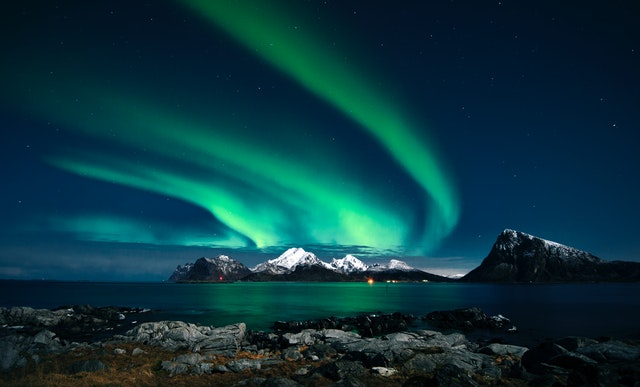 Top 20 Best Places to Visit in World Before You Die

Best Places to Visit in World Before You Die

Take every chance you get in life, because some things only happen once. You won’t get the second chance to live your life again and enjoy to the fullest. So live joyfully and travel, fulfill all your wishes, give your eyes a pleasant chance to capture most of nature’s beauty. Let your eyes capture what our pretty round earth holds within it. The truly best places you must visit and capture once before you die are discussed below. Here are the Best Places to Visit in World.

Fingal’s cave is a sea cave that is situated on the island of Staffa, in Scotland. This cave is partially filled by the sea and has slippery rocks. It is one of the most extraordinary places on earth that will make you feel as if you are in a fantasy tale. Its unique hexagonal structure is one of the reasons which attract a lot of tourists. It has symmetric pillars which are formed by lava flowing by cooling and pressure. Once you visit inside the cave, you’ll find it to be the most astonishing place you ever visited.

Inside the cave, you can harmoniously listen to the echo sound of the swelling ocean waves within it. It was formerly known as ‘the melodious caves’ as the motion of the ocean makes the waves sing in hypnotic melodic voice. The Fingal’s cave is the prettiest and best place to visit in the world.

The Caño Cristales is also known as “The River of Liquid Crystals” or “Liquid Rainbow”. It is the most beautiful river in the world due to its variety of colors. People also say it as the river that ran away from paradise. This river also blossoms in a vibrant explosion of colors. During the months of September to November when the water level is normal, this river turns into a live rainbow. At this time, a unique species of plant grows in the river called Macarenia clavigera that turns into a brilliant red. Here are the Best Places to Visit in World.

It also carries splotches of yellow and green sand, blue water, and a thousand shades in between. So this appears as a combination of colors to the visitors. There are no fishes or other creatures in the river, so tourists can freely enjoy bathing in the beautiful river. You must visit this jaw-dropping beauty of Caños Cristales to capture such a soothing view in your memories.

It is the largest hot spring in the US and third largest in the world. It has the most striking colors matching to the rainbow dispersion of white light i.e violet, indigo, blue, green, yellow, orange and red. Its temperature is about 70°C. This hot spring is most remarkable because of its size, vibrant colors, and also it radiates extremely hot water. There is water in between the hot spring that bubbles up 121 feet from underground. This hot spring is a must visit as it provides unbelievable views and experiences.

Also known as “The sea of Stars”, Vaadhoo in the Maldives is an island that is the best place to visit during the night. It is a tiny fantasy island with less inhabitants but is world wide famous for its beauty. There are some microorganisms in the water that have blue luminescence and produce toxins due to which they appear like stars in the water. But these toxins are harmful to animals as well as humans. This is the best place to visit in the world. It is like a Beauty inside the Beast which appears so beautiful, but actually are harmful to us.

After knowing about such astonishing places above, let’s know more about some traditional places too. The Pyramid of Giza comes under one of the seven wonders of the World. These are the symbol of Egypt’s Old Kingdom era and were built some 45,00 years ago. These pyramids, as estimated, had 2.3 million stone blocks each weigh an average of 2.5 to 15 tons. Egypt’s pyramids still hold a great mystery behind them. The shape of the pyramid was a reference to the solar system, that intended to show us the solidified version of the rays of the sun.