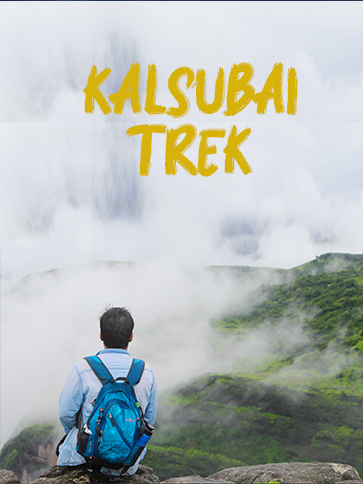 Trek to the highest peak of Maharashtra – Kalsubai Trekking

A good friend, a bike in good condition, a good road with fantastic views on each side and excitement of the first trek in Maharashtra. This is my first trek in Maharashtra, as me and my friend Neeraj are both new in Mumbai and we have completed just one month in Mumbai. As we both love traveling, just after completing the Chanderkhani pass (Manali) trek in March 2017, first Neeraj shifted to Mumbai for his job, and then within one-week, I too shifted to Mumbai for the job.

So after office hours me and my friend Neeraj, started planning and discussing where to go? and how to go because we both were new in Mumbai, and Mumbai is a Mayanagri, we didn’t evenknoww about the train system of Mumbai. In a local Mumbai train there is the system of first class, second class coaches so we had to buy different tickets for different coaches. So After a long research and discussion, we finalized the Kalsubai trek. Trek to the highest peak of Maharashtra – Kalsubai Trekking

Me and my friend Neeraj started from Navi Mumbai on his bike at around 7 AM and the bike ride itself was thrilling. And that’s how we went for experiencing the new world.  Our route was  Navi Mumbai – Thane – Mumbai Nasik Highway –  Igatpuri –  Bari. We both were happy because that was our first trip in Maharashtra. Its Saturday, at 7 in the morning, we packed our lunch and started traveling via a personal bike. Neeraj started riding the bike and I was locating the location on Google Maps as we didn’t know the route to our destination.

It’s around 8 am and we had traveled for approx 50 kms only and suddenly the rain started and by then, we started facing problems. So we stopped at a bicycle repair shop and had tea there while enjoying the rain. After waiting for half an hour, still the rain didn’t stop but now it was raining lightly. So we decided to continue our journey and started the bike riding in the rain.

In between our way, sometimes it was raining and after some time it stopped. This continued all our way but as we reached Kasara ghat, it started raining heavily. So we stopped there only and waited for the rain to stop. By the way, Kasara ghat is a very beautiful place to visit. We had stopped on a tea stall. There we had tea and then started dancing in the beautiful rainfall. There is also a small trek in Kasara ghat to visit the waterfall, so we started the trek to that waterfall in the rain, and it was an amazing waterfall. Trek to the highest peak of Maharashtra – Kalsubai Trekking

After coming from there, we had tea and rain still didn’t stop. We had spent around 2 hours at that place and still, it was raining. So we didn’t waste more of our time there and again started our journey as we had already wasted a lot of time there. In our way, both of us were feeling so cold because of the rain so when we reached a place called Ghoti, we purchased raincoats and then continued our journey.

We were traveling for 6-7 hours and time was around 3 pm. Finally at 3:30, we reached Kalsubai base camp. There we asked the localities about the trek Android they said that we couldn’t complete the trek as it would take 3-4 hours more for one side and we had to come back too so it would take more 3-4 hours again.

Those people told us that people come in the morning and after completing the trek they go back in the evening. So we too decided to start the trek in the morning. There were no lodges or hotels at that place so those localites helped us and offered their home to stay for a night. They also offered us food. The house was very old. A small family lived in that house and there were four of their children playing here and there. Trek to the highest peak of Maharashtra – Kalsubai Trekking

The lady and the man served us the dinner, which was good. And we slept after having the dinner. The next morning, we parked our bike there only and started the trek. There were so many people out there who had come for trekking so we didn’t face many difficulties while trekking.

One by one we climbed the 3 ladders over the rock patches and reached the base plateau of the mountain but still, we had to trek for 40 mins more. Both of us, reached the top while enjoying the photography. It took almost 3 hours to us for completing this trek.

In between our trek, sometimes it was raining too so we enjoyed a lot. There were many small stalls for food like lemon water, kakdi (cucumber) etc. and this was enjoyable during the halt.  After reaching the highest peak, we took rest for an hour and then started the descending trek as it began raining heavily because of which all were feeling so cold.