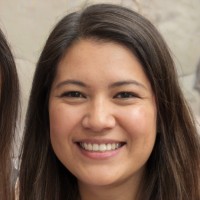 What Is A Chamber Of Commerce?

A chamber of commerce is a group of businesses who work together to promote and protect their members' interests. A chamber of commerce is often made up of a collection of company owners that share a same location or set of interests, although it can also have a global reach. They'll elect a new president, name representatives, and discuss which policies to support.

Chambers of commerce may be found all around the globe. They do not have a direct involvement in the creation of laws or regulations, but their coordinated lobbying activities may be successful in influencing regulators and politicians.

The Functions of a Chamber of Commerce

In 1599, France established the first chamber of trade. In the United States, the first one began in New York in 1768. The United States Chamber of Commerce was established in 1912 to promote pro-business causes through national lobbying activities. Chambers of commerce focus on problems and advocacy that are important to their members at the state, city, regional, and local levels.

Through the Federation Partnership Program, such chambers may or may not be linked with the US Chamber of Commerce. The national chamber, which is the largest lobbying body in the United States, tends to back conservative candidates. Trade organizations or trade associations promote a single industry, whereas chambers of commerce do not.

Deals and discounts from other chamber members, placement in a member directory, and a range of other activities and services meant to boost commercial activity in a region are among the perks that chamber members get.

Chambers of commerce also serve an essential role in fostering commercial activity and representing chamber members in local communities. Chamber of commerce members frequently gather, at least at the local level, to debate and try to affect legislation related to business and the broader economic climate. Members also have the honor of being a favored local merchant, as well as a listing on municipal websites and material.

The Business of a Chamber of Commerce

Membership dues are the principal source of revenue for many chambers of commerce. Most chapters have several membership levels with varied rates and advantages for their members.

Dues must be paid by all members to help support the organization's total operational expenditures. Chambers may also host fundraising events or require specific ticket purchases to attend such events in order to collect more revenue.

For federal tax purposes, chambers of commerce are usually classified as 501(c)(6) companies. Chambers of commerce can function as nonprofit organizations while still having the capacity to represent their members in policy discussions.

Regional, municipal, and community chambers focus on regional or local concerns that need collaboration with local government, but they may also support wider pro-business activities that span boundaries, such as boosting commerce between immigrant groups and their home countries. Like The Raymond Ville or Dallas chambers of commerce, visit here to know them.

The goal of city chambers is to promote a city's economic interests both locally and abroad.

State chambers in the United States focus on statewide and occasionally national advocacy, giving them more power over laws and legislation.

Chambers of Commerce (national or international)

Advocacy or lobbying for national or global concerns is the focus of national or international chambers.