What Is Telegram App? How To Use It? | Telegram vs WhatsApp 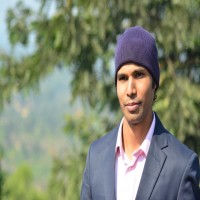 In 2009, the former employees of Yahoo!, Brian Acton and Jan Koum came together to incorporate WhatsApp. It is quite ironic to note that both Koum and Acton rejected by Facebook which later acquired WhatsApp for $19 billion in 2014.

A few years later, Telegram came into being in 2013 by brothers Nikolai and Pavel Durov, who had earlier founded the popular Russian social network VK. They had to leave the company after it was acquired by Mail.ru Group.

This end-to-end encryption chat feature allows users to set a timer on messages to self-destruct after a specified time. Users also get notifications for screenshots taken and the secret chat can’t be forwarded.

Unique to Telegram, Bots are a program based on AI and machine learning which can perform various tasks. For instance, an image bot can get images from a name. There are many types of bots with Image bot, gif bot and sticker bot as few of the most popular ones.

Telegram’s cloud storage allows images, text messages, media files and documents to be saved on their cloud wherein users can also log out and log in so backup and restore is not a cause of worry for the users.

Ensuring the privacy of user’s contact number, with public username, users are allowed to chat with others on telegram even they don’t have the contact number of the others.

While groups is to WhatsApp, a channel is to Telegram, however, channels can have an unlimited number of members. The creator of the channel operates as an admin who can take decisions on which users can post and other members can view the posts on channels.

What Are Best Games For PC Without Graphics Card (...