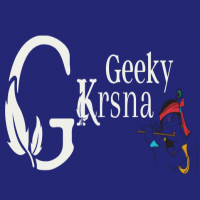 What is Unix? Its History and Features

You’ve probably heard of the C-Programming Language. This language was created around 40-45 years ago. Despite this, it is now one of the most widely used programming languages.

C-Programming Language was specifically designed for the development of the UNIX Operating System.

In this article, I will tell you about What is Unix? Its History and features.

UNIX is an open source operating system or software. In which there are a large number of users and the ability to perform multiple tasks at the same time. It is known as a Multiuser and Multitasking Operating System for this reason. Bell Laboratories developed this operating system. Bell Labs is another name for the company.

It was created in 1969 by Ken Thompson, Dennis Ritchie, and his fellow computer scientists. However, the first version was launched in 1971. UNIX is the basis for practically all major operating systems today, including Linux, Mac OS , Android, and iOS. Or, to put it another way, the UNIX Operating System is the mother of all operating systems.

The UNIX Operating System was originally written in Assembly and then rewritten in C. This is a different operating system that is faster, safer, more powerful, and more dependable than Windows. As a result, this operating system may be simply used even in limited areas. It’s also found in servers and workstations.

Unix was created at AT&T Bell Laboratories in 1969. At this point, AT&T pulled its team from the Multics Project, and some of its members began working on a computing environment to continue programming research. Ken Thompson and Dennis Ritchie then planned and built a small two-user multitasking system.

All operating systems were created with a certain machine in mind, and computers were also constructed for a specific operating system and were always written in assembler.

Unix was rewritten in C, which was first written by Dennis Ritchie, in 1973, after it was originally written in assembler. Unix’s performance today is exceptionally fast, because to the fact that it was written in C. This made it easy to maintain and adapt to different hardware platforms. In fact, software that runs on Unix is substantially faster than software that runs on other operating systems, such as Windows NT.

What is the Feature of UNIX?

There are some feature is given below:

There are 4 layers in the architecture of Unix