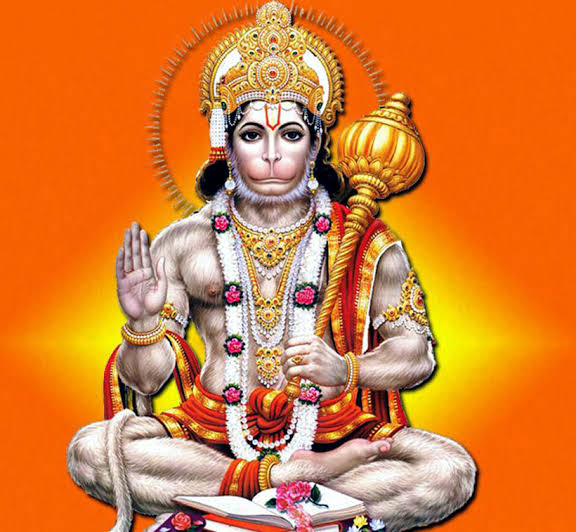 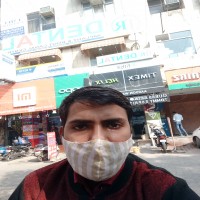 Ram, the eldest son of king Dashrath, was the crown prince of Ayodhya. His stepmother, Kaikeyi, however, wanted her son Bharat to be king. So she had Ram banished to the woods for fourteen years. Ram's wife Sita and his brother Lakshman insisted on accompanying him in his exile, so that they could serve him.

In the forest, Ram, Sita and Lakshman built a hermitage for themselves and were content with their simple life, till Ravan, the demon king of Lanka, decided to abduct Sita. He got a magical deer created and sent it racing around the royal trio's house in the woods. Ram and Lakshman went out to capture it. When they returned, they found Sita gone.

Ravan had carried her away in his flying chariot. When the craft flew over the Rishya-muk hill, Sita spotted some members of the Vanar or monkey tribe on it. She tossed some of her jewellery down at the Vanars. After a long and eventful search, Ram and Lakshman reached Lake Pampa, in the foothills of the Rishya-muk.

Right at that moment, Sugriv, the exiled king of the Vanar tribe, was pacing up and down the top of that towering hill. He saw the tall and powerfully built brothers approaching and got into a panic. 'They are spies sent by Bali!' some of the Vanars in his camp cried out. Sugriv summoned his advisors. There was sadness in his eyes and voice when he addressed them.

He said, 'Yes, these young men are indeed my brother Bali's spies. How else would they get here? No one knows the way through these dense forests.' The frightened younger Vanars started leaping from peak to peak and from one tree to another, in panic. Amidst all the confusion there was one calm voice.

This was the charismatic advisor Hanuman who addressed the exiled king of Kishkindha with folded hands. Hanuman said, 'O braveheart! What are you scared of? No one Rishya-muk hill. Certainly evil-looking Bali because of whom you have had to flee Kishkindha. O King of the Vanars! I thought you were better than that. But all said and done you remain a Vanar. Even you could not rise above the Vanar inside you. You ought to keep your cool, no matter what. You are an intelligent Vanar. A mere sign from you should be enough for those around you.

Foolish men don't remain kings for long.' said to Hanuman, 'Hanuman, disguise yourself as a hermit and go over to them. If they are nice, give them my regards. Win their trust by praising me. Weigh their words and gestures. Find out what brings them here.' So, the divine Vanar disguised himself and went down to the lake in the foothills. As Hanuman drew close to the brothers he adopted a humble manner. He thought it best to begin with praise.

He said to them, 'O bravehearts! Who are you? You are so good-looking. Could you be saints? No, you must be angels. What brings you here? You are dressed like hermits. But your bodies have a glow that bounces off the waters of the Pampa. You look like princes who are about to be crowned kings. Each of you looks much like the other.

Your chests are broad and powerful. Your shoulders are like those of a lion. I know it. You are angels who have chosen to be born as men.' The brothers did not reply. "Why don't you talk to me?' Hanuman inquired humbly. On finding them silent, he resumed, 'There is a great warrior called Sugriv. He is the king of the Vanar tribe and of the land called Kishkindha. He is an honest man. I am one of his advisors.

His brother, Bali, dethroned him and abducted his wife. So, Sugriv now lives atop that hill, which is called Rishya-muk. My father is Pavan, the wind deity. I have a gift because of which I can go to any that I choose to. I belong to the Vanar tribe and my name is Hanuman.

I have been sent here to offer Sugriv's friendship to you.' Ram's eyes lit up with joy. However, he did not speak to.