Windows 11 release date,compatibility, price, all you need to know 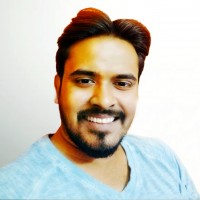 Windows 11 release date,compatibility, price, all you need to know

Microsoft has announced Windows 11, which is a significant upgrade to Windows 10. Here is everything you need to know about windows 11 release date, price, and new features.

Even though it was leaked before the official announcement, we now have more information regarding Windows 11.

Microsoft presented “the next generation of Windows” during a virtual event on Thursday, announcing major changes to the long-running operating system, including its first name change in six years. The upgrade arrives just a few weeks after Microsoft released the latest version of Windows 10, the May 2021 update (also known as version 21H1).

Windows 11 contains a slew of new capabilities, such as the ability to download and run Android apps on your Windows PC, as well as changes to Microsoft Teams, the Start menu, and the overall appearance and feel of the software, which is now more aesthetically pleasing and more Mac-like in design, among other things.

Productivity Chrome extension to use for Work from...

Android 11: These are most important new features...